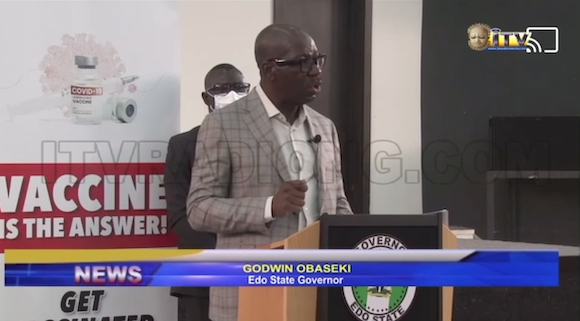 Nigeria has announced the requirement for proof of vaccination before attending Churches, Mosques and parties.

Governor Godwin Obaseki made the announcement Tuesday at a press release.

Nigeria and Africa as a whole have suffered minimally from the first, second and so-called third waves of the Covid epidemic. Currently death rates in Nigeria are in single digits.

Since the epidemic started in December of 2019, Nigeria with a population of over 250 million, has recorded a total of 2260 deaths.

The continent has been given millions of doses of the worst-performing vaccine, the AstraZeneca vaccine which scores less than 70% protection against most strains.

The AstraZeneca, AZ vaccine also unlike other vaccines in Europe inserts the wild-type, unmodified covid spike protein into candidates. J&J, Pfizer and Moderna vaccines utilize a modified spike protein code which stops it from entering the cell.

AZ, an adenovirus vector vaccine inserts the unmodified viral spike protein which is able to change to the post fusion state and enter the cell. This leads to lower efficiency and possibly greater risk from spike protein toxicity.