The Federal High Court in Abuja has notified the Inspector General of Police, IG, Attorney General of the Federation, AG and Director of State Security Service, SSS to obey the direction contained in its order delivered on the 2nd of December 2016 and release Sheikh Ibraheem Zakzaky and Malama Zeenat Ibrahim or face contempt of court charges and be thrown to jail.

This warning is contained in a notice of consequences of disobedience of court order, Form 48, served to the respondents on the 20th of January 2017.

Part of the notice addressed to the trio reads “Take notice that unless you obey the direction contained in the order of the Federal High Court of Justice Abuja, delivered on the 2nd December, 2016, which ordered you to release the Applicants in Suit No. FHC/ABJ/CS/281/2016 and its sister case Suit No. FHC/ABJ/CS/282/2016 within forty (40) days, inter alia you will be guilty of contempt of court and will be liable to be committed to prison.”

The court in its notice to the respondents frowned at their disobedience to its order and issued a directive stating “This court has been informed that even as at today, Friday the 20th of January 2017, you are yet to comply with the lawful order of this honorable court by refusing to release the following persons namely: Sheikh Ibraheem Zakzaky and Malama Zeenat Ibrahim, in you custody. You are hereby directed to comply with the court order forthwith or you will be guilty of contempt of court.”

It would be recalled that the Federal High Court in Abuja had in its judgment for the enforcement of the fundamental human rights of the leader of the Islamic Movement in Nigeria, Sheikh Ibraheem Zakzaky and his wife Malama Zeenat Ibrahim issued an order for their release and compensation within 40 days from the day the judgment was delivered.

Sheikh Zakzaky and his wife have been in detention with the DSS since December 2015 following an attack on the IMN by the Nigerian Army that killed hundreds of his followers in Zaria. 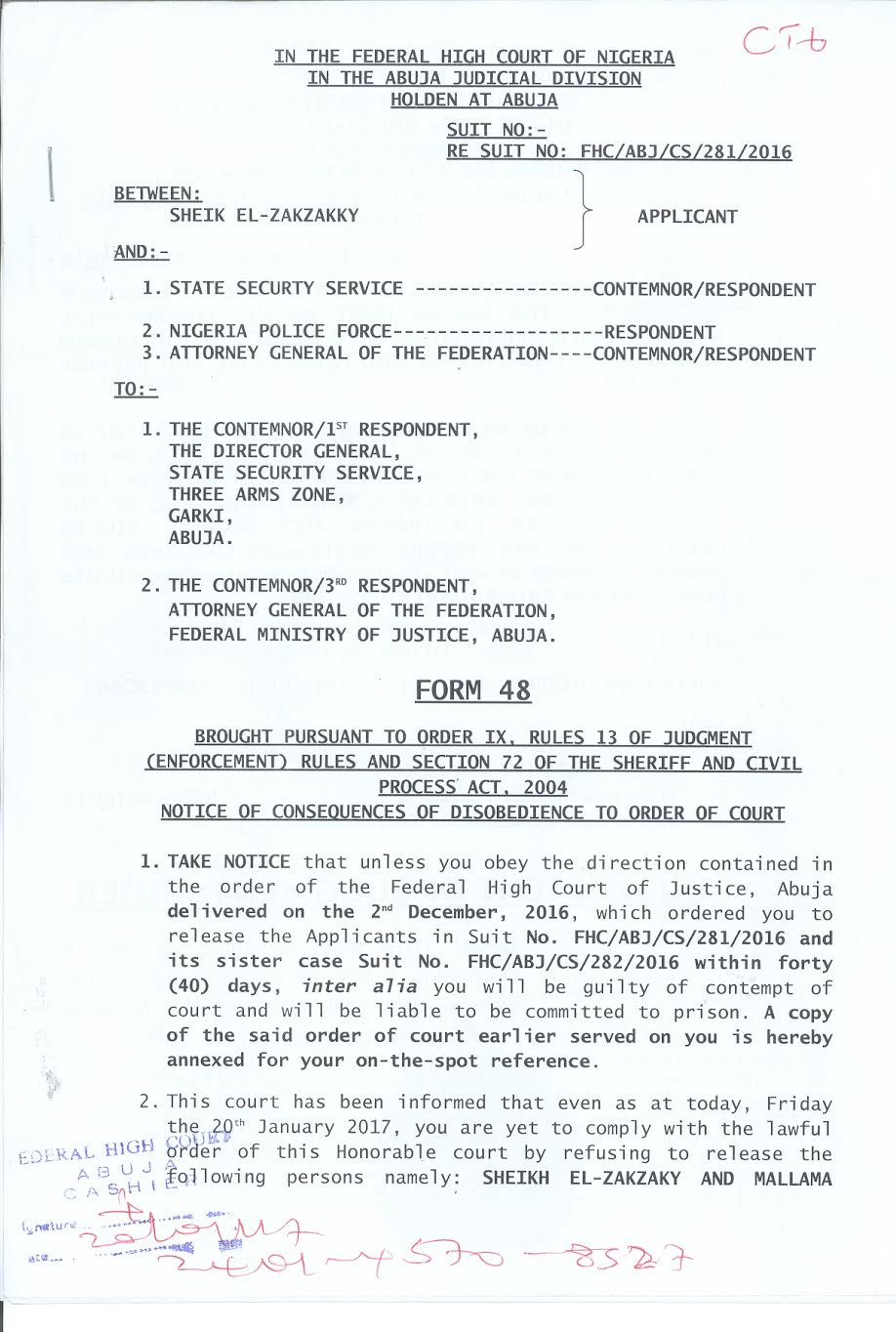 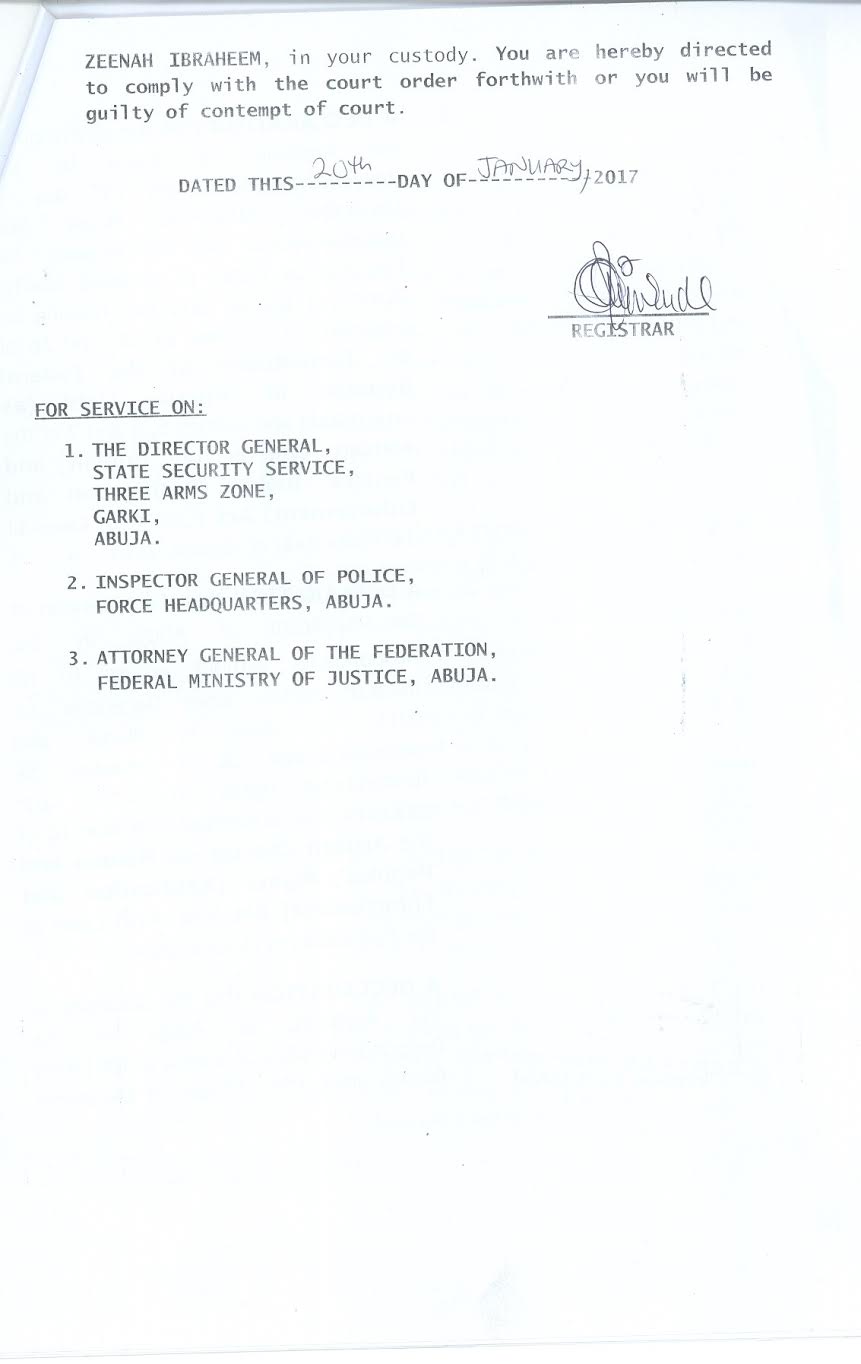