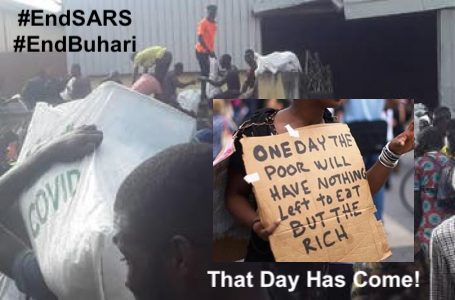 After the unprovoked deadly attacks on unarmed civilian protesters at Lekki in Lagos last week and with the infiltration by government sponsored thugs, the latest casualty has been Senator Teslim Folarin, whose home is right now being invaded, looted and burned down at Oluoye in Ibadan, Oyo state.

Military presence there now..
We just spoke with the security around there
The house was not burnt..
Miscreants still there.