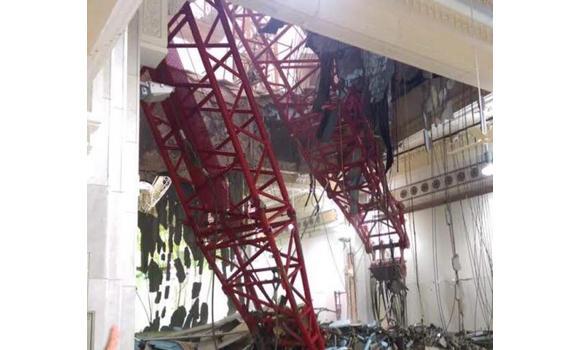 Update: At least 87 were killed and almost 200 injured.

Casualties have been reported after a crane caved in as a result of strong winds at Makkah’s Grand Mosque, Saudi Arabia.

Many worshippers there for the Hajj were reportedly instantly killed.

This is the Hajj pilgrimage period and the Holy sites are expectantly filled up with people. The Hajj falls between September 21-26.

A construction crane has fallen at the Haram in Makkah causing serious injuries and even deaths. Request for Duas pic.twitter.com/ULYlYMBFHB