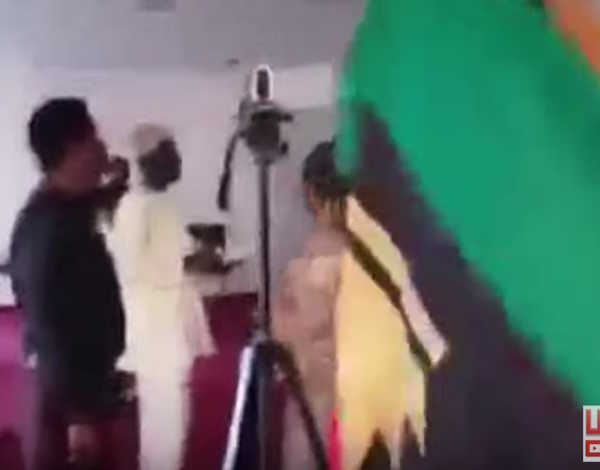 Members of the Indigenous People of Biafra, IPOB have again made their anger felt against the tyrannical Buhari government by expelling Nigeria’s foreign affairs minister Geoffrey Onyeama from a meeting in Austria.

This happening after angry youth beat up and dragged former deputy senator Ike Ekweremadu in Germany.

During the meeting, a member asked Nigeria’s foreign minister, recently reappointed, questions on his reaction to the government-perpetrated mass murders of Igbos in the south east and the murders of Nigerians across the country.

“I want to ask you honorable minister, these people who you are killing, are they animals, were they peaceful protesters, did they commit any crime?”

Also quizzing the Onyeama on the expiration of Nigeria after 100 years of amalgamation and also on the failure of Nigeria’s executive branch to respect the judicial branch and release Nnamdi Kanu when he was granted bail.

As the Foreign affairs minister attempted to respond that many were not born at the time of Biafra war and so should not romanticize a war and traumatic period, the youth yelled in anger that,

“Because I was not born I do not know and understand?”

“So Hausa people are killing me and you…because of Nigerianship and because of politics… can you die for Nigeria, I can die for Biafra….”

As the yelling continued, and the foreign minister was moved out, they proceeded to open the Biafra flag.