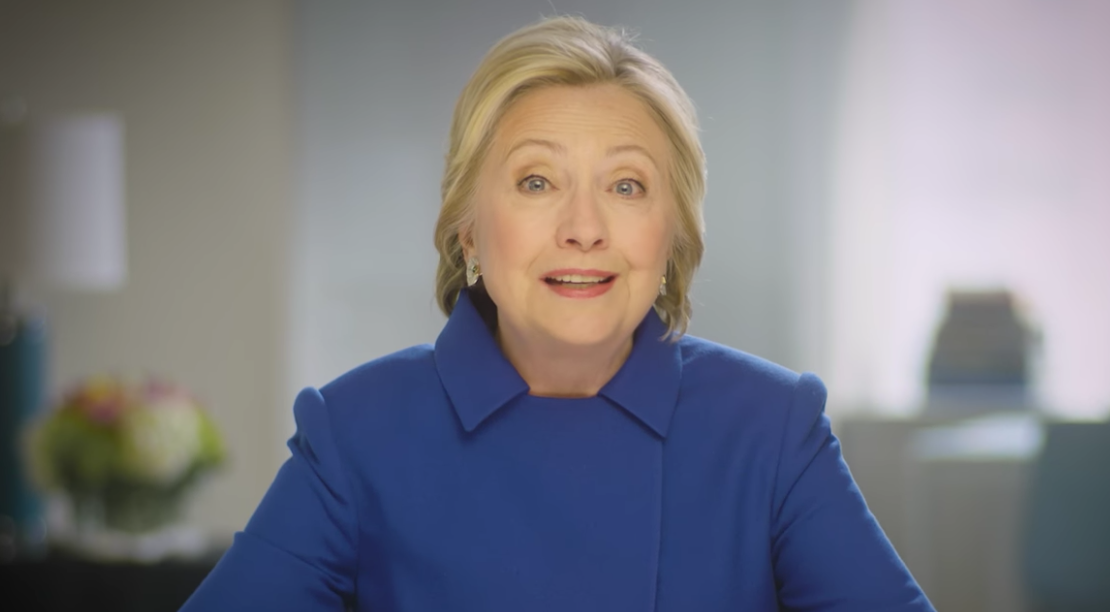 In a video uploaded Friday to The Democrats Youtube channel, a revitalized-looking Clinton communicated the urgency of keeping the liberal-progressive agenda moving forward, describing it as a “battle” that must be won.

“Hello Democrats, thank you all for coming together to represent our party at its best. United, energized and ready to wage and win the battles ahead,” the former secretary of state said.

Clinton said her failed 2016 campaign was “the most progressive platform in history,” and took credit for her ideas “inspiring leaders and activists across this country.”

She claimed votes for her were “fueling grassroots energy and activism,” and took joy that “everywhere people are marching, protesting, tweeting, speaking out and working for an America that is hopeful, inclusive and big-hearted.”

“From the Women’s March, to airports where communities are welcoming immigrants, refugees and people of every faith, to town hall meetings where people are speaking up for healthcare, the environment, good jobs and all the other issues that deserve our passionate support,” Clinton said.

Clinton commanded her distraught supporters to “stay engaged in the field and online,” and encouraged fellow party members to fight back against Trump.

“Let resistance, plus persistence equal progress for our party and our country,” she concludes, clearly suggesting dems should continue obstructing the president’s every move.

It’s not yet clear whether Hillary will make her third run for president in 2020.