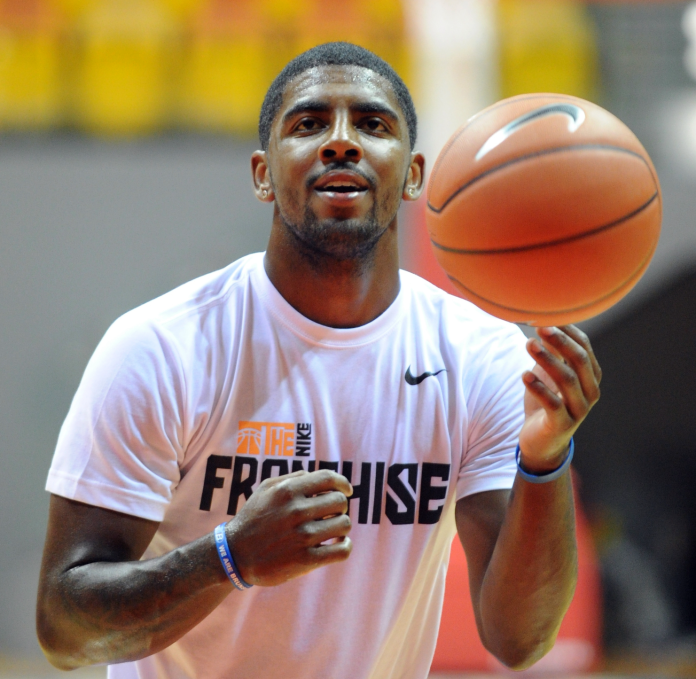 In October this year, Brooklyn Nets suspended their star player, Kyrie Irving, until such time as he would get vaccinated against COVID-19.

But barely two months later, the Nets have unsuspended the star player reportedly due to high levels of covid related health issues among the vaccinated players as the NBA reels under a covid explosion.

AP reports that 39 members, roughly 8% of the NBA league’s roster are down with covid.

With injuries, COVID cases and an inordinate minutes load on their superstar players, the Nets are bringing back Kyrie Irving as a part-time player for games outside of New York, sources told @wojespn. pic.twitter.com/An5vAhrnK6

Suspended for Being Unvaccinated

Under management of Sean Marks, the Nets had said at his suspension in early October,

“Given the evolving nature of the situation and after thorough deliberation, we have decided Kyrie Irving will not play or practice with the team until he is eligible to be a full participant.”

“Kyrie has made a personal choice, and we respect his individual right to choose. Currently the choice restricts his ability to be a full-time member of the team, and we will not permit any member of our team to participate with part-time availability.”

Nets activate Kyrie Irving because too many of the team’s vaccinated players are out with Covid protocols. Which apparently the new euphemism is “health and safety” protocols.

You can’t make this up. https://t.co/iaWH9v9qNt

How Kyrie coming back to practicepic.twitter.com/vsdoeziTHr

“His mind is too free” – Team mate

"Dude is that good, but y'all don't want to say that." pic.twitter.com/fL6r7BjBPS

Meanwhile Kyrie at home as the Nets are having a whole Covid outbreak pic.twitter.com/4RJnidZAvC

However, Reloaded “Pureblood” Kyrie Won’t Be Able to Play in Mandate-restricted NYC and Canada

But, but, but: Irving will not be eligible to play against the New York Knicks at Madison Square Garden, the Knicks’ home court, due to local vaccine mandate. – AXIOS

Upon his reinstatement, Kyrie will have to take daily Covid tests.