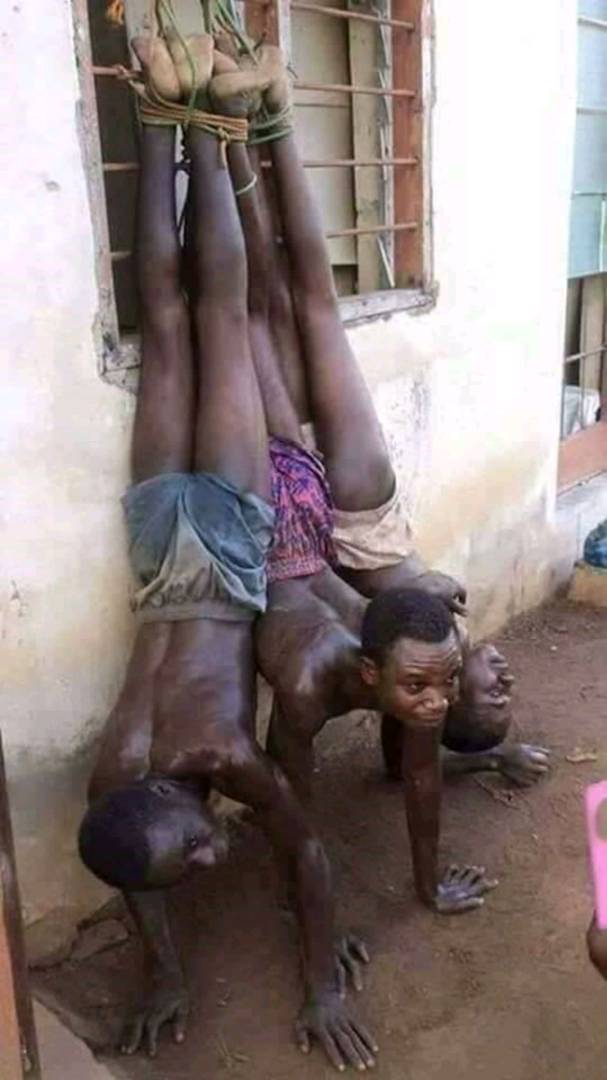 Dozens have been arrested in Brussels after one of several European rallies against modern slavery in Libya turned violent. The very government that the West helped form after the fall of Gaddafi is now facing pressure over its inability to tackle human rights abuses.

Torture, human trafficking and abuse have become the appalling reality of fractured Libya ever since NATO intervention and the fall of Muammar Gaddafi in 2011. Despite occasional reports, the issue has long been neglected by mainstream media after the “liberated” country was plunged into lawlessness and chaos. This month it attracted attention once again after a CNN report documented an alleged live slavery auction in Libya where African citizens were sold off for as little as $400.

The report sparked a massive outcry, prompting France to call an emergency UN Security Council session on human trafficking in Libya. Human rights violations in Libya have also been condemned by UN officials, the African Union, European governments and human rights groups. Over the weekend, Africans and locals joined forces in a number of European cities to rally against such blatant human rights violations.

The mainly peaceful rally in Brussels turned violent when several dozen protesters broke away from the main march to vandalize local shops and attack police lines. Police used water cannons to disperse the group after they threw projectiles at officers. While no one was reportedly injured in the clashes, Brussels public prosecutor’s office announced that authorities made 16 judicial arrests and 55 administrative arrests following the clashes in the Brussels-Capital Ixelles area.

In the German capital, Berlin, hundreds of members of the African community dressed up as slaves in chains and rallied outside the Libyan Embassy, holding signs that read: “Stop black slavery in Europe and Libya,” and “Black Lives Matter.”

“It is very crucial that we come here today to express our feelings about the illicit torture of the black African people in Libya who are basically migrants who are trying to cross into the European continent for a better life. That is why we are here to express how we feel about the torture. It’s really disheartening when we hear about the slavery that started in Libya, the sales of African migrants and the torture,” Jace Owie, a Nigerian activist from Citizen Diplomat, told RT’s Ruptly video agency.

Rome and Paris saw scores of protesters gathered outside their respective Libyan embassies to denounce slavery. In the Italian capital, a crowd gathered in front of the Libyan diplomatic mission in defiance of “any form of slavery” under signs and banners that read “Enough is enough, no to the slavery of blacks in Libya, Algeria” and “The slavers are in the European Union.”

In the streets of the French capital, people chanted “Crime against humanity,” while some protesters beat on drums. “Free our brothers and sisters from Libya,” said one of the signs hovering above dozens of mostly black protesters coming to the Libyan embassy in Paris. Demonstrators could be seen holding placards reading: “Sarkozy, Clinton, Cameron, EU – Guilty.”

Libya has become a major transit country and a launchpad for asylum seekers who travel a highly dangerous route across the Mediterranean in their attempts to reach the EU. So far this year, almost 3,000 people, who come from all over the African continent, have perished trying to take the so-called Southern Route into Europe, the UN Migration Agency said Friday.

On their journey to Europe, many migrants are abused by traffickers – a practice that goes back to the fall of the Gaddafi government, when rebels reportedly tortured black Africans suspected of allying with Tripoli. However, it took years for the UN-backed Libyan government to finally launch a probe into the reported abuses, after the African Union on Friday called for authorities of the conflict-torn nation to investigate “slave markets.”

Libya must “improve migrants’ detention conditions,” said the chairperson of the African Union Commission, Alpha Conde. “These modern slavery practices must end, and the African Union will use all the tools at its disposal.”

“We want [the investigation] to go fast and if the Libyan justice system cannot carry this procedure through, then we should open international sanctions,” French Foreign Minister Jean-Yves Le Drian said earlier this week.

The threats of potential sanctions are being leveled against the very government that the West endorsed and helped form after the fall of Gaddafi. However, the Government of National Accord (GNA) insists that Libya on its own cannot resolve the issue, which is being exacerbated by the inability of the EU to handle the refugee crisis. Read full on RT