As 31 innocent people lost their lives and over 200 were injured in another senseless radical Islamist terrorist attack, this time in Brussels, Belgium, the need for the world to act and act determinately to stop the financiers and backers of Daesh comes once again to fore.

Daesh is spreading its nexus of terror across the Middle east and Africa, with Libya becoming a major risk to soon explode across Africa; and as the Middle east gets totally ruined, now known as an exporter of refugees and terror to Europe, the world must act deliberately against the facilitators of this menace.

There is overwhelming and undeniable intelligence evidence of years-long supportive, financial and strategic links between Saudi Arabia and Turkey and Daesh and its affiliates including Nigeria’s Boko Haram.

Last December, according to the CNN, the Vice Chancellor of Germany, ‘Sigmar Gabriel told the German newspaper Bild am Sonntag Sunday that it should be made clear to the kingdom that “the time for looking the other way has passed.”‘ 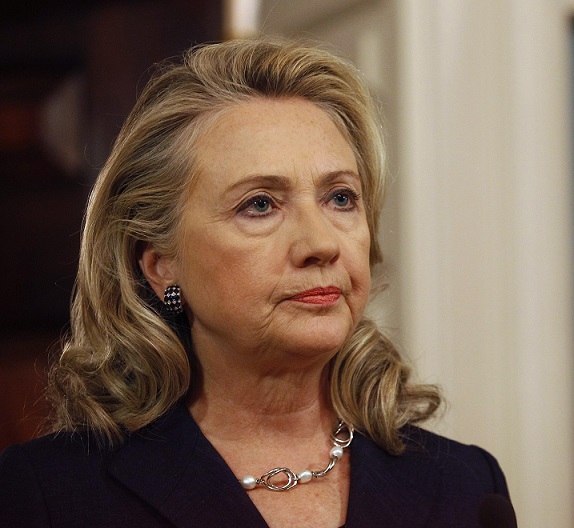 In a 2009 memo revealed by WikiLeaks, then-U.S. Secretary of State Hillary Clinton accused Saudi Arabia of being a main source of funding for militant groups including Al-Qaida, Taliban and LeT [Lashkar-e-Taiba in Pakistan]. There was no serious effort by the Saudi dictatorship to stop the cash flow, Clinton said. [See CBSNews]

The Independent reported in 2014 in an article captioned: “Iraq crisis: How Saudi Arabia helped ISIS take over the north of the country,” that Prince Bandar bin Sultan, once the powerful Saudi ambassador to the United States and former head of Saudi intelligence had a ‘revealing and ominous conversation with the head of the British Secret Intelligence Service, MI6, Sir Richard Dearlove. Prince Bandar told him: “The time is not far off in the Middle East, Richard, when it will be literally ‘God help the Shia’. More than a billion Sunnis have simply had enough of them.”‘ The paper went on the describe how Daesh is the fulfillment of that warning while quizzing why the World turned a blind eye on the revelations made by Dearlove.

Apart from directly funding terror, the kingdom has been roundly criticized for its overall billions of petro-dollar financed open policy of promoting terror-friendly, intolerant radical Wahhabist ideology around the world which turns youth into supporters of groups like Boko Haram and Daesh and easy recruits. James M. Dorsey, a Senior Fellow at the RSIS and expert on ethnic and religious conflicts,described the Saudi government as having launched the single largest dedicated public diplomacy campaign in history to establish Wahhabism and Salafism as a major force in the Muslim world, with estimates of Saudi expenditure on this campaign in four decades ranging from $75 to $100 billion! The results are in. It’s a world on the precipice.

Jacob Zenn, a U.S. terror analyst described how Nigeria’s Boko Haram, an affiliate of Daesh has financial and militant ties with the oil-rich kingdom. In a “Combatting Terrorism Center” 2014 report: “Boko Haram’s International Connections,” Zenn said, ‘Boko Haram appears to have a “diplomatic” presence in Saudi Arabia, in addition to other militant connections. In August 2012, a Boko Haram faction led by Abu Muhammed negotiated in Mecca with a Nigerian government team led by National Security Adviser Sambo Dasuki and advised by General Muhammed Shuwa.’

Boko Haram has since staged several of its negotiations in Saudi Arabia, including one recently with Chad on the release of 234 girls abducted from Chibok. [HuffingtonPost, October, 2014]

Jacob Zenn further put Boko Haram’s relationships with the kingdom as far back as its founding days, stating, “Boko Haram also has a deeper history of involvement in Saudi Arabia: Muhammad Yusuf found refuge in Saudi Arabia to escape a Nigerian security forces crackdown in 2004.”

In recent media reports, Hackers found Daesh social media accounts were linked to the British Government Department of Works and Pensions, which responded that it sold the IP addresses to Saudi Arabia. [Mirror December 2015]

Documents and flash drives seized during the raid reportedly revealed links “so clear” and “undeniable” between Turkey and ISIS “that they could end up having profound policy implications for the relationship between us and Ankara,” a senior Western official familiar with the captured intelligence told the Observer. [See Guardian, 25 July 2015].

Turkey has been helping Daesh sell $1-4 million worth of oil daily. This is the direct source of the funds Daesh uses to sponsor and propagate terror across the globe.

There have been several exposures of Turkey discussing and/or supplying ammunition to Daesh (ISIS) and related terror and rebel groups. [Al-Monitor; Reuters].

In March of 2014, a senior adviser to Turkish Prime Minister Recep Tayyip Erdoğan discussed shipments of weapons to Nigeria by the 50% government owned national Turkish airline.

According to the leaked conversation, the Turkish Airlines official said, “Lots of material is on its way to Nigeria right now. Is it going to kill Muslims or Christians? I am sinning right now, you should know.”

Another man in the recorded tape, alleged to be Mustafa Varank, a senior aide to Recep Tayyip Erdogan responded that he would look into it. [See TheTimes & Reuters].

Will the world act or keep waiting and dying?