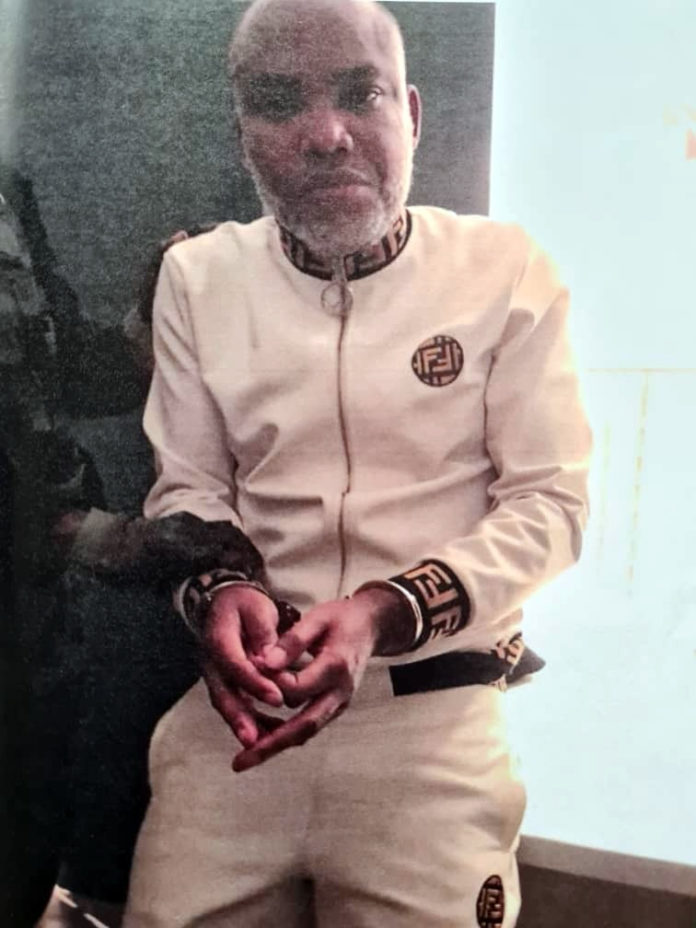 The Kenyan Government has again strongly denied that it or its security officials were involved in the arrest and extradition of the leader of Indigenous People of Biafra, Nnamdi Kanu, who was nabbed on their soil last Sunday and brought to Nigeria.

The Kenyan High Commissioner to Nigeria, Wilfred Machage, who addressed a press briefing in Abuja, stated that anyone or group with proofs that Kenyan security officials, agencies, or the government arrested Kanu should be free to share them.

Machage added that Kenya, like several other countries, have been named in recent days as where Kanu was arrested, saying Nigerians should demand the true answers from their government, who made the arrest and not from Kenya.

“These allegations are fictional, imaginary, and exist to fuel antagonistic feelings between the southern section of the Nigerian people against the Kenya people, and indeed many countries have been accused.

“Rwanda, Czech Republic, Britain, Ethiopia, and God knows which other country. I want to challenge anyone with facts relating to this arrest through Kenya to present these facts.

“This will include how and who was particularly involved in the alleged arrest. In any case, I believe you are all Nigerians and Nigerians are in several countries.

“You should ask your government. The government of Nigeria knows how they arrested Kanu, maybe in Nigeria. They have the answers, not me. We are also dismayed by the unfortunate news of this arrest in Kenya which was reported in newspapers today.

“We have no intention of interfering in the internal affairs of Nigeria which include arresting citizens in matters of crime. Kenya is committed to sustaining the historical bond between our two countries and the peoples of our two countries.”

SaharaReporters had earlier reported that immigration and diplomatic authorities from Kenya stated that they were not aware of the arrest and “extradition” of Kanu.

Kenya’s Director-General of Immigration Services, Alexander Muteshi, had dismissed the claims of the country’s complicity in the arrest and “extradition” of Kanu.

Also, an official in the Kenya Ministry of Interior said the ministry was not aware of the “extradition” of Nnamdi Kanu to Nigeria.