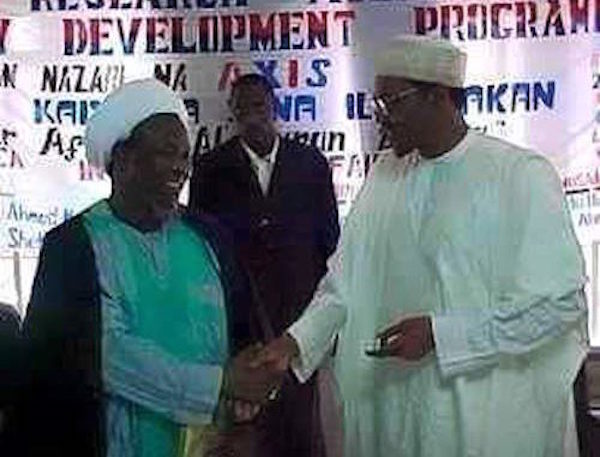 “…Persecution is severer than slaughter,” Quran 2:191 says as is interpreted to mean.

At this stage we wonder what is keeping president Muhammadu Buhari and his partner in persecution, Kaduna governor Nasir el-Rufai from just killing Shaikh Ibraheem Zakzaky and his wife Zeenat.

For at most constituting a “civil disturbance” the duo have been humiliated, shot 6 times, dragged in wheelbarrows, have had three of their sons killed by Buhari after Jonathan killed another three, have had their home burned down over their heads, have been locked up for four full years without trial, have been held against court granted bail and ordered compensation and are now being dragged around the world to be denied decent health care.

Why do Buhari or el-Rufai not simply walk into their detention rooms and pull the trigger to their foreheads and take them out of this misery? Are they afraid? They should not be since they think they are the chosen ones and the great fully rewarded servants of the wealthy kingdom.

Nigerians are tired of this never ending tragic story of flaunt of law, brazen massacres, secret midnight mass burials of hundreds of Shia minority Muslims, and the continued oppression of Zakzaky and Zeenat. Let’s get closure.

And while they are at it, Buhari and el-Rufai should order for 15 million bullets to kill the 15 million or so Shia Muslims in Nigeria once and for all. I am sure even if there is no budgetary provision for the 15 million bullets, the lords of the great kingdom will foot the bill as they promised to foot Obama’s bill if he agreed to strike Syria for them.

You have the money, you are in power, you are the law onto yourselves and respect not the Judiciary or any other local or international order or Holy Book, what is keeping you? Assassinate them already as the police men were.