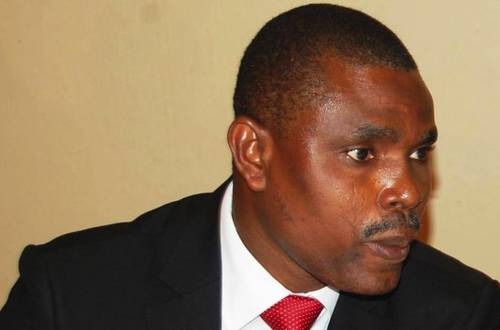 President Muhammadu Buhari on Monday approved the immediate removal of the Executive Secretary of the Financial Reporting Council of Nigeria, Jim Obazee, and the reconstitution of the board of the agency.

In a statement released by the Senior Special Adviser to the President on Media and Publicity, Garba Shehu on Monday, Buhari ordered the appointment of a Chairman and a new Executive Secretary for the council.

The new Council as approved by the President has Mr. Adedotun Sulaiman as Chairman. Mr. Sulaiman was a former Managing Partner/Director of Arthur Anderson and later, Accenture. He is a Chartered Accountant and a product of the University of Lagos and Harvard Business School according to the press release.

The President also approved the appointment of Mr. Daniel Asapokhai as the Executive Secretary of the Council.

President Muhammadu Buhari has also instructed the Minister of Industry, Trade, and Investment to invite the nineteen ministries, departments and agencies of the Federal Government and private sector organizations specified in the FRC Act to nominate members of the board of the council.

Mr. Obazee was credited with forcing out Pastor Enoch Adeboye as the  General Overseer of the Redeemed Christian Church of God as part of his strident enforcement of a new rule that prevents leaders of not-for-profit organizations to relinquish leadership of their organizations after 20 years in the saddle.

Pastor Adeboye took an unusual position of announcing his retirement yesterday by announcing a new General Overseer for the RCCG, but shortly after news filtered out that Pastor Adeboye had resigned, the church dramatically issued a new release claiming he was now the General Overseer of RCCG Worldwide while his handpicked protege, Joseph Obayemi would now become the “National Overseer” for Nigeria. Several pastors at the meeting where the decision was made later said they felt tricked by Pastor Adeboye and his aides.