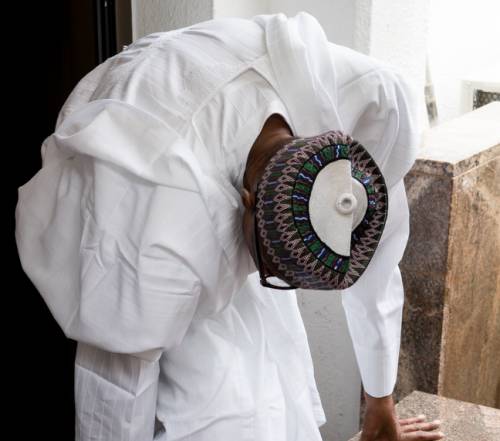 PMB’s Health: Gloating Is Of No Value

I learned an enduring lesson on the day General Sani Abacha died. It was June 8, 1998, and death had laid its icy hands on the maximum ruler, and the scepter had fallen from the grip of the king. I was deputy editor of National Concord, the newspaper owned by Basorun M.K. O Abiola, the man Abacha not only inveigled out of his mandate as democratically elected President but whom he had also locked up in the military gulag for five years.

Mr. Dele Alake, who was to become Commissioner for Information and Strategy in Lagos State for eight years, was the editor, but he had traveled on the fateful day. So, the lot fell on me to produce the newspaper, as the deputy editor. Dr (Mrs) Doyin Abiola was Managing Director/Editor-in-Chief.

Naturally, on a great news day like that, an editor would leave his office, and be on the shop floor, ensuring that the newspaper was swiftly produced. Time was of the essence if you would partake in the harvest of sales the next day. So, I was in the computer room downstairs, editing the news stories as they were typed at the speed of light. It was there that Dr. Abiola met me, as she prepared to go home about 7 p.m. She said something that both baffled and amazed me:

“Editor, no gloating. We have every reason to rejoice that Abacha is dead, but no gloating. Just present the news as professionally as possible. Don’t gloat!”

I thanked her, and she left. Her instruction continued to ring in my ears and was followed to the letter. Those who read National Concord the next day would recall that there was no sense of triumphalism, no newsman’s orgasm of any kind, in the treatment of the story. Just professionally done. “Don’t gloat!”

Did Doyin Abiola have reasons to instruct her newspaper to preen and gloat about Abacha’s death? Every. He had given the impression that he would take over power, and hand over to Abiola, who had won the June 12, 1993, presidential election, which the military annulled. Instead, he locked the man up in solitary confinement. Doyin did not see her husband for five years. Also, Abacha had shut down Concord Press for about two years, causing the company grave economic afflictions. Under him, Kudirat Abiola, one of Doyin’s mates, had been murdered, shot down in the streets, allegedly on the orders of the state. And many more evil deeds. Dr. Doyin Abiola had every cause to waltz and do a jig, after the death of Sani Abacha. But she did not. She even told her editor: “Don’t gloat!” I never forgot, and will never forget that lesson. It is human, and it is also divine.

Between January 19 and March 10, of this year, President Muhammadu Buhari was away in London, first on routine holiday where he would do normal medical check-ups, and then, it became a medical vacation, in which he had to ask for an indeterminate number of days. Yes, who is he or she that never falls sick, let that person cast the first stone. As the President frankly confessed on his return, he had never been that sick in his life. Human, just human.

Presidents, kings, queens, potentates, wealthy people, are also human, aren’t they? They itch as well, and scratch as hard. Sickness, not only death, is often a leveler among all mortals, young, old, poor, rich, dull, brilliant, ugly, beautiful, everybody.

And we know what attended the President’s medical sojourn from certain quarters in the country. Wild news. Hate news. Rumour. Evil thinking. Even, gloating. They did all kinds of photoshops and spewed all kinds of evil stories. They passed round outright wickedness on WhatsApp, and those of us who debunked their evil tales became enemies. They tried to tag us with all kind of labels, saying we were liars and deceivers. But wise was the man who said: “The truth is incontrovertible. Panic may resent it, ignorance may deride it, malice may distort it, but there it is.” Or our own Professor Tam David-West, in his book, Philosophical Essays, also said: “Truth like the cork cannot sink. It cannot be sunk. It always floats.”

When President Buhari spoke with me on the phone from London on February 25, I was elated, and issued a press statement, detailing our conversation. Many Nigerians, good people from a great nation, who could get hold of my phone number, called. They would ask if truly we had spoken. Once I confirmed, they broke into tears of joy, crying like babies. They brought tears to my eyes many times. Till this son of hate, a purveyor of evil and tragedy, called. He identified himself as Jude (I decide to withhold his other name for now). He said: “Mr Adesina, you claim to have spoken with President Buhari. When are you going to stop this political deceit? How can you speak with a man who is long dead, and you are deceiving the public that he’s still alive?”

Then, on March 10, the President returned. Ecstasy and pure rapture from good Nigerians, who had been praying and supplicating unto God. Mai Gaskiya was back. The honest man had returned. Ramrod straight, man of integrity. He had been spared by God, and restored to us. Oh, glory!

Did you listen to that short speech that President Buhari read on his return? Did you listen to his off the cuff remarks? Was there any gloating? None. Did he rub it in on those who had peddled evil news, fake news, hate news? No. That is maturity. That is how to be the father of a country. And I remembered Dr. Doyin Abiola: “Don’t gloat!”

Do you know what some other people would have done in the same circumstance? They would have taken evil minded people to the cleaners. But not President Buhari. They would have made snide remarks about peddlers of hate news, calling fire and brimstone to fall upon them. But not our President. He would have been justified if he did so.

The Good Book says, “He that digs a pit shall fall into it. He that rolls a stone, a stone will roll back at him. He that breaks the hedge, a serpent shall bite him.” So, President Buhari would have been justified, if he gave evil people some jabs. But he did not. What a heart!

Father forgive them, for they know not what they do.

How did that Jude Somebody feel when the President returned? He even bears Jude, a Christian name. How embarrassing! But he was full of bile, in the gall and throes of bitterness. May God forgive him. Amen.

With President Buhari’s health saga, some truths have been brought to bold relief once again. Anybody can be sick. Big or small man. A man of power, or a man of no consequence. Let us, therefore, be conscious of our mortality at all times. I can testify, from my many private discussions with him, that President Buhari is a man keenly aware of his own mortality at all times. A worthy example to follow.

Another lesson. Life and death are the sole preserves of God Almighty.

Despite all those concoctions and contraptions, fake pictures, false stories on WhatsApp, mendacious newspaper reports, President Buhari came back alive. Who says anything that God has not said? There are many devices in the heart of man, but it is the counsel of God that shall stand. The counsel of God has prevailed concerning Nigeria and concerning our President. Let us learn the eternal truth. No matter the devices in the heart of man, the counsel of God stands. It is not me that says so. It is straight from the Good Book.

From March 10, when President Buhari returned, purveyors of evil have disappeared. Vanished! Utterly transmuted, like Brother Jero, in that work by Wole Soyinka. Even on social media, where they had held sway for many weeks, they evaporated. Like a beaten dog, they had their tails between their feet, and ran for cover. But should we rejoice? “Don’t gloat!”

There is nothing we have, that we did not receive from above. So, why boast? Why gloat? Rather, we should be thankful to God. The President has thanked millions of people who prayed. And they continue to pray.

Olorun da Baba si fun wa. God, please, spare Baba for us. Let him take us to the Promised Land. A land that is secure, free completely of Boko Haram, flowing with milk and honey. A land where corrupt people get their just desserts, ending behind bars. A land where human life has value, where wanton killings stop, where justice and equity covers the space, like the waters cover the sea. A land where mischief makers repent and turn to God.

Where is that Jude Somebody? I kept his number. I feel like calling him, saying “Son of a gun, how now?” But I shouldn’t do it. And I won’t do it. Because I remember Dr Abiola’s instruction: “Don’t gloat!”
Femi Adesina is Special Adviser on Media and Publicity to President Muhammadu Buhari