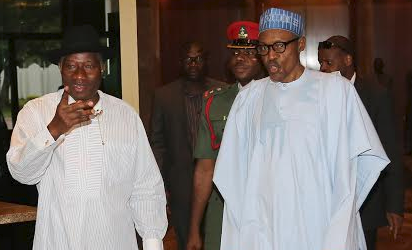 I used to say that it was impossible for any Nigerian president to be worse than Jonathan. That was how much I despised him. So in May 2015, I started out investing enormous hopes in Buhari to transform Nigeria and to build enduring institutions. After waiting 6 months to appoint a predictable, lackluster cabinet, it became clear to me that my hopes were misplaced, that Buhari wasn’t prepared to be president, so I scaled backed my expectations and hoped that Buhari would at least be minimally better than Jonathan.

But when Buhari hiked fuel prices, reversed the few crumbling subsidies that sustained the poor, and became prisoner of the “Washington Consensus,” I scaled back my expectations again and hoped that Buhari would be just as bad as Jonathan was.

When his government’s incredibly inept husbandry of the economy continued to deepen the recession it instigated in the first place with its wrongheaded policies, I hoped that Buhari would just be slightly worse than Jonathan for the sake of Nigeria’s survival.

Now with the unceasing rash of counter-intuitive, mutually contradictory, insanely irrational, and thoughtless policy prescriptions from this government, the very foundation of the country is tanking before our very eyes, and I just hope Buhari never does anything again till 2019 when his tenure will expire—and with it the torment he is inflicting on Nigeria. A stagnant, do-nothing Buhari is now better for the country than this madness we’re witnessing! Nigeria is fast sinking to the nadir of despair and ruination.