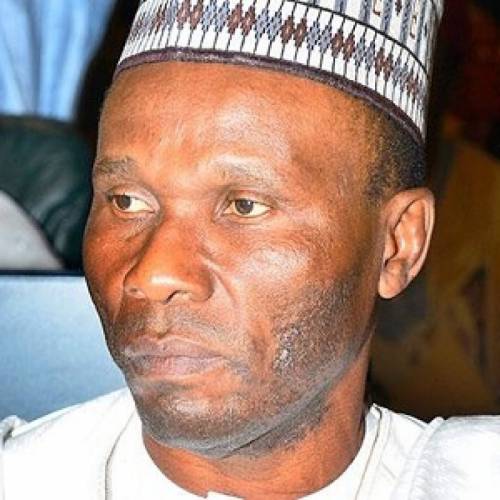 e Minister of Niger Delta Affairs, Mr. Uguru Usani, was indicted for fraud and abuse of office during his tenure as a commissioner in Cross River State, SaharaReporters learned on Monday.

Usani was the Commissioner for Agriculture, Water Resources, and Rural Development during the last military administration in the state, which was headed by Col. U. F Ahmed (Rtd).  It was Military Administrator Ahmed who handed over to the elected governor of the state, Mr. Donald Duke, at the beginning of the Fourth Republic on May 29, 1999.

Our correspondent on Monday obtained a document published in 2000 by the Cross River State Government indicting Mr. Usani for fraud and abuse of office.

In its gazette, the state government concluded in its findings that Usani along with a firm, Gersh Henshaw & Company, defrauded the government of about N16m through a contract for the valuation of the assets of an agency under his ministry.

It recommended that the former commissioner be prosecuted and that details of the transaction be forwarded to the Code of Conduct Tribunal.

On June 21, 1999 Governor Duke inaugurated the Financial Impropriety/Verification Standing Committee to, among others: ascertain the assets and liabilities of the ministries and institutions, all forms of financial impropriety (if any) in government ministries and establishments, the perpetrators of such financial improprieties; and recommend appropriate disciplinary actions to be taken against the culprits including recovery of all such sums.

The recommendations of the committee and approval of the state government were published as Cross River Gazette titled, ‘Views of the Cross Rivers State Government on the Report of the Financial Impropriety/Verification Standing Committee.’

The 37th contract involving Usani and which was investigated by the committee is titled in the Gazette as ‘The Case of Gersh Henshaw & Company.’  It involved “the contract for the valuation of vehicles, workshops/equipment of the Cross River State Water Board”, awarded by Usani as the then Commissioner for Water Resources and Rural Development to Gersh Henshaw & Company, Estate Surveyors, and Valuers.

But the committee stated that in line with the approved scale of fees for the valuation work done, Gersh Henshaw & Company ought to have been paid only N4,426,850.

The committee recommended that the sum of N16,323,150, being the excess of the payment, be recovered from Usani.

“The then Commissioner, Mr. Usani U. Usani, expressly refused to pay in accordance with the approved scales or fees although that would have meant a lot of savings on the part of government. He rather ended up paying an amount which was N16,323,150.00 higher than the approved scale or fees,” the gazette read in part.

The committee had recommended to the government that a total sum of N17,031,446 comprising N16,323,150 being excess payment on the contract sum and N708,296 as tax deduction should be recovered from Usani.

But the government stated that the N708,296 tax deduction had been waved.

The government approved the recommendation that the particulars of the transaction should be forwarded to the Code of Conduct Tribunal with a complaint of “financial impropriety and abuse of office” against Usani.

According to the document: “The committee found that Mr. Usani and Mr. Gersh Henshaw deliberately failed to apply the approved scale of fees and in order to defraud the government.

In the comment section, it said: “Government accepts this recommendation and directs that the sum of N16,323,150 only should be recovered from Mr. Usani U. Usani, the then Commissioner for Agriculture, Water Resources and Rural Development being excess payment on the contract sum for the valuation of the assets of the Cross River State Water Board. He should also be prosecuted.

“Government however, waives the payment of N708,296.00 being total tax deduction in view of its comment expressed in paragraph 38 (viii) above. Government shall forward particulars of this transaction to the Code of Conduct Tribunal with a complaint against Mr. Usani Uguru Usani for financial impropriety and abuse of office.”

On the issue that the firm be allowed the sum of N4,426,850 as total Consultancy fee (gross of total), the government accepted the recommendation, saying: “The Government of Cross River State should make a formal complaint against Gersh Henshaw & Company to his professional body, the Nigerian Institute of Estate Surveyors and Valuers for unprofessional conduct.”

Noting that recommendation, the government said: “The firm of Gersh Henshaw & Company should be blacklisted from further patronage by the Government of Cross River State.”