Nigeria’s president Muhamamdu Buhari has accused his army chiefs of failing in the response to the abduction of over 200 girls from a school in Chibok last April. He said this while entertaining the Bring Back Our Girls family in Aso Villa Wednesday.

While the president strongly indicted the service chiefs of the former Jonathan government, the National Security Adviser, NSA and the presidency, all implicated in the agencies that failed Nigeria in what is recognized as a treacherous response, the president has unusually maintained most of these same officials at the helm of Nigeria’s security agencies. This contradiction and dangerous inconsistency has led to the first public protests against the new administration as Boko Haram continues to successfully kill Nigerians in their hundreds. 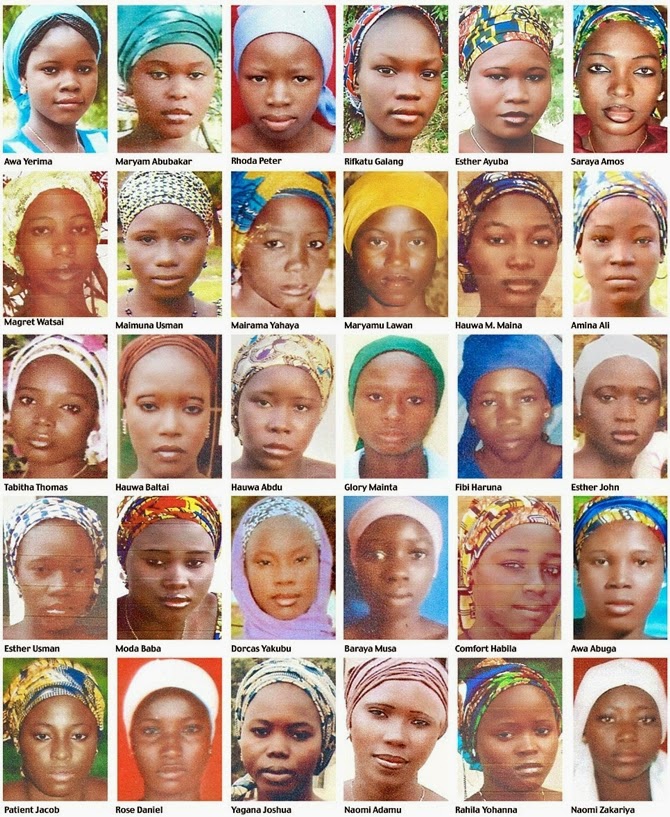 President Buhari said, “It is unfortunate that the security and Federal Government’s conflicting reports initially presented the government and its agencies in a very bad light both nationally and internationally.

“This is because the law enforcement agencies and the government were conflicting each other sometimes within hours or within weeks…that is not very impressive.

Some have postulated that Nigeria’s president is afraid or being blackmailed to maintain these indicted service chiefs and had been possibly forced to sign an agreement before Jonathan handed over.

Other analysts have said that he is over compensating as Bámidélé Adémólá-Olátéjú said here, “In an attempt to escape the perennial epithet of a dictator, the president is always trying too hard to showcase his democratic credentials by being soft, understanding and accommodating.”

Nigerians have lost patience as the president refuses to resign or accept the resignation of his Security Adviser and Service Chiefs indicted by the people, the families of Chibok, Amnesty International, Human Rights Watch, ENDS and other Civil right advocacy organizations, the United Nations and now his very self.

Nigerians have complained that they did not vote out Jonathan alone but voted him and his agency heads out, knowing full well that a president’s culpability extends to his team. They see the retaining of these people as a betrayal of the mandate given to the new administration.

The over 200 girls abducted due to this bungled security and government response, still remain abducted over 400 days later along with other abducted Nigerians. Some females recently freed in a pre-election military campaign had been severely abused with many impregnated by the terrorists.