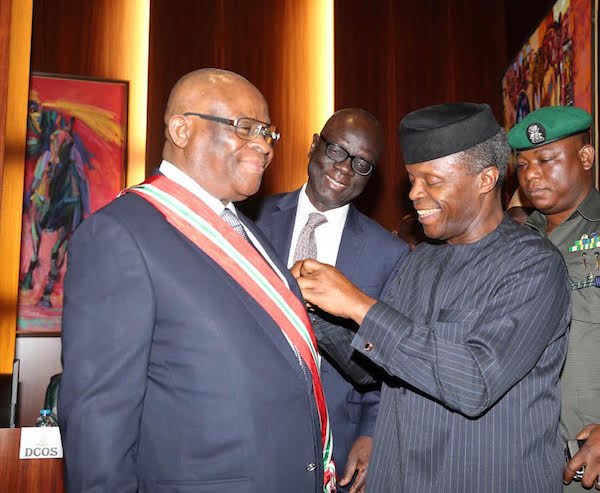 Justice Niki Tobi, of blessed memory, of the Supreme Court of Nigeria seemed to have equated disobedience of court judgments to a civilian coup plot to destabilise democracy. However, he appeared to be saying that the Judiciary is incapacitated to act should the President refuse to obey the judgments made by courts as it is right now as I write.

He (Niki Tobi)  wrote extensively on this theme of how democracy is imperilled by executive wilful disobedience of court judgments.

Tobi went further: “A party who fails or refuses to obey court orders and judgments does not only show disrespect to the court, but by his conduct, shows disregard to the constitution of the land, the foundation of the legal system, and the laws of the land. But he, the individual, or corporate body committing disobedience of court orders and judgments are doing so and these conducts are inimical to democracy. This is because by the conduct of disobedience, the party has brutalized not only the rule of law, the life blood of democracy, but also the tenets of justice and fair play in any legal system”.

Above all, Niki Tobi argued that it is a most uncivilized and uncouth conduct.

“They feel not only disparaged but also disrespected. The entire judicial process or the administration of justice will be of little or no value if enforceable court orders and judgments cannot be enforced because a party refuses their enforcement.” Justice Tobi went the whole hog to depict the enormity of the demolition of democracy it would amount to if the President is permitted as it were to perpetuate disobedience to court judgments.  In such a situation, he said, the judges are reduced to toothless dogs who can only bark but cannot bite.  This, according to Justice Tobi, is because the court system becomes useless without orders and judgments and attendant enforcement.

His words: “A society or Government which encourages disobedience of court orders works at cross purpose with the tenets of democracy. Such a society will be nursing or housing condiments for a state of anarchy, totalitarianism or oligarchy. And that is bad for democracy, both in its conservative outlook of Abraham Lincoln and its contemporary meaning of upholding the rule of law that germinates democratic institutions and structures”.

I, however, find it difficult to concede to what Justice Tobi said regarding the lack of institutional capacity to compel obedience to judgments of the courts because I believe the operators of the judicial system have not brought out innovative modalities  for compelling obedience.

Niki Tobi submitted that while judges generally find it not difficult to enforce their orders and judgments against private parties, it is not so when the disobeying parties are the governments and their agencies.

“Judges, in the latter case, are handicapped because they lack the capacity to police such disobedience. This is because the enforcement agencies, in most cases, are government functionaries. And so what the judges do is to resort to the condemnation of the conduct of the party in disobedience by the use of strong language, which cannot bite because of lack of teeth”.

Lastly, the Chief Justice of Nigeria as the statutory head of the national judicial system can proceed to the International Criminal Court in The Hague, Netherlands, to file a petition seeking injunctive orders  to compel the President to respect the Constitution and if he still fails, then let the Security Council  can be petitioned and lastly the civil populace can mount pressure through organised unions  and civil rights groups.

Civil disobedience to a serially disobedient President to the Rule of law is an option. Nigeria must make hay whilst the sun shines and not let one man collapse our hard–won democracy.

Onwubiko is Head of Human Rights Writers Association of Nigeria