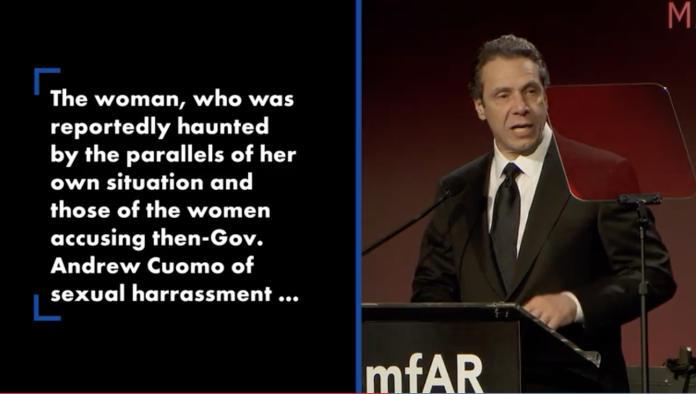 Chris Cuomo allegedly attacked a female ABC News temp worker when she denied his proposition for sex during a “lunch” in his office, it was revealed on Tuesday.

The accusation was made to CNN lawyers in December hours after Cuomo was suspended for advising his brother, then-Gov. Andrew Cuomo, how to dodge his own sexual harassment accusations, according to the New York Times. The CNN host was fired days later.

The unnamed accuser had come forward after Chris Cuomo was suspended from the network on Nov. 30 for helping Gov. Cuomo try to beat back the multiple allegations that ultimately ended his political career, the report said.

“Jane Doe” had long been disgusted by the similarities between the Democrat’s accusers’ plight and her own, employment lawyer Debra Katz reportedly said.