We Condemn the Violation of Palestinian Sovereignty by America 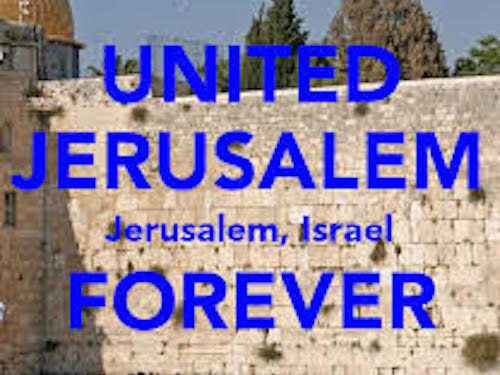 The recent development concerning the illegal occupation of Palestine by Israel that has led President Donald Trump of America to violate all international charters and illegally declare Al-Quds/Jerusalem as the capital of Israel is a display of blatant disregard to the dignity of the international community.

Since the establishment of the illegal state of Israel in 1948, Palestinians have lived through severe suppression and all worst forms of injustice, leading to the death of hundreds of thousands of innocent People and the destruction of their properties. The plight of the Palestinians is even worsened by the unfairness of the so-called global powers, especially America, who have resolutely engaged in protecting the suppressive interests of the illegal state of Israel without any consideration to the fundamental rights of the innocent Palestinians. More so, it is not a hidden agenda that the illegal state of Israel has embarked, rather brutally, in usurping more sovereign lands in the Middle East, with its dream boarders extending to as far as the holy city of Medina to establish what it calls ‘The Greater Israel’.

This illegal state of Israel runs an apartheid system of Zionism that does not respect any other form of religious belief other than its Zionism, and consequently victimizes and forcefully suppresses all other religious groups such as the Muslims, Christians, even non-Zionist Jews and others. Since all political, Diplomatic and other resistance activities that founded groups such as Hamas in Palestine and Hezbollah in Lebanon have made the Zionist dreams seemingly unachievable, America has now unilaterally and against all international consensus, aligned directly with the illegal state to enhance the annihilation of Palestine and the subjugation of its people by this infamous declaration of Al-Quds/Jerusalem as the capital of the illegitimate state of Israel.

We join other members of the global community in sternly condemning this declaration of the Palestinian land as the capital of the illegal state of Israel by Donald Trump. We have been consistent and firm advocates and supporters of the rights of the Palestinian state and its oppressed people. Besides, we have every stake and right to Quds/Jerusalem as Muslims who adore and revere the holy Masjid-al-Aqsa, the third holiest site in the sight of all Muslims, situated therein.

We also call on all concerned persons across the globe especially Muslims, international organizations and nations to rise against this injustice perpetrated by the American President and to pressurize all those concerned to save any further aggravation of the over sixty years old crises.