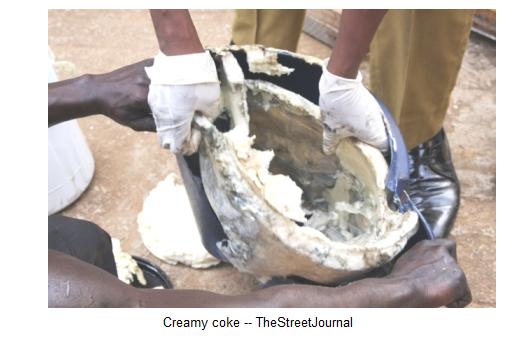 The Director of Defence Information at the Defence Headquarters (DHQ), Brig-General Chris Olukolade, has disclosed that as the military took over Boko Haram camps in the North East of the country, they found packs of used and unused condoms, as well as syringes and narcotic drugs, which the terrorists are believed to use to get high before embarking on their missions.

In a statement entitled, ‘Life in Terrorists Camp: Condoms Everywhere’, Olukolade said, “More of the dirty sides of the insurgents’ life style are being revealed as troops continue to stumble on strange and bizarre objects such as several used and unused condoms as well as charms and amulets of various shapes seen in the captured terrorists’ camps.

“Other common items are syringes, test tubes and hand gloves usually found in the rubbles of most of the destroyed camps.

“Apart from chemicals and materials for producing Improvised Explosive Devices (IED) narcotics of all types are also found to be common features as troops combed through camps in Sambisa forest, New Marte, and others.

“Meanwhile, Defence Headquarters (DHQ) Assessment teams are in Yobe and Adamawa States to update the reports on the conduct of security operations in those states since deployment of troops in line with the State of Emergency.

“The outcome will also be presented for DHQ’s further strategic guidelines for the subsequent phase of the operations.

The Defence headquarters also corroborated the views espoused by presidential spokesman, Reuben Abati, that the Aljazeera video alleging massive civilian casualties since the declaration of the state of emergency is false and “has no bearing whatsoever on the current reality in the operations areas.”