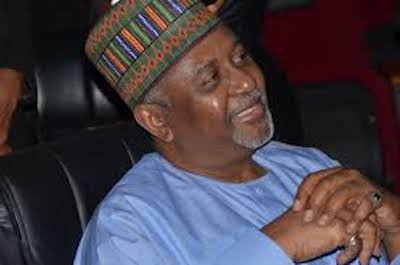 The trial of former National Security Adviser, Colonel Sambo Dasuki (Rtd) on alleged corruption was aborted on Tuesday due to the refusal of the Federal Government to produce him in court for trial, raising fears that the Sokoto prince may have fallen ill in detention.

The trial slated before the FCT High Court Abuja could not go on after the judge and senior lawyers had waited for over three hours without Dasuki being brought to court as agreed at the last adjourned date.

It was the fourth time the federal government failed to produce Dasuki in court and trial forced to be adjourned.

Sambo Dasuki, who had been granted bail by four different judges in the last two years, has remained in the custody of Department of State Services (DSS) without detention warrant and in disobedient to the court orders.

Prosecution counsel, Rotimi Jacob (SAN) told Justice Baba Yusuf that he was surprised that the former NSA was not within the court premises for the continuation of his trial but however declined to give reasons why the defendant was not produced.

He applied that the case be stood down for another one hour to enable him make contact with the agency responsible for Dasuki’s detention.

However, counsel to Dasuki, Mr Joseph Daudu SAN informed Justice Baba Yusuf that the statement of Jacob was not helpful to the court and demanded to know the whereabouts of his client.

Daudu informed the court that he was apprehensive on the whereabouts of his client who has been in the custody of the DSS since 2015, adding that the only person who can authoritatively inform the court on whereabouts of the Ex-NSA is the prosecution counsel.

In his own comment, Akin Olujinmi, SAN, a former Attorney General and Minister for Justice, informed the Court that there was no need for Dasuki’s trial to be stood down for another hour since the prosecution could not state categorically whether the defendant would be brought to court or not.

Olujimi said that the trial which ought to have commenced by 9am was delayed to 11 am, adding that it would be unfair for the lawyers and the court to be kept waiting endlessly, more so when there was no certainty in sight.

Other lawyers in the matter agreed that the case be put off till another date.

Attempt by Jacobs to convince the court to stand down the case for one hour to enable him reach out to the DSS was not appreciated by the judge.

Justice Baba Yusuf in his brief comment said that Jacob as the leader of the prosecuting team ought to have known ahead on whether the defendant would be produced in court or not by the DSS.

The Judge said that it would be decent when categorical information was obtained on whether the defendant would be available for trial or not so that the precious time of the court would not be wasted in waiting endlessly.

The Judge, however, gave the Federal Government till Wednesday May, 16, 2017 to produce Dasuki in court for the continuation of the trial and that the prosecution should do the needful to assist the court with the presence of the defendants in court.

Since 2015, when he was arraigned before different high courts, Dasuki has been granted bail by Justice Adeniyi Ademola and Justice Ahmed Rahmat Mohhamed of the Federal High Court in the charges of unlawful possession of firearms brought against him but the bails were not obeyed by the government.

At the two FCT High Courts where Ex-NSA was arraigned for money laundering, he was granted bail by Justice Peter Affen and Justice Hussein Baba-Yusuf; the bail orders were not also obeyed by government when Dasuki perfected the conditions.

The ECOWAS Court had also in a judgement ordered the Federal Government last year to immediately release Dasuki from the unlawful custody and imposed a fine of N15,000,000 on the government but up till now, the judgement had not been obeyed.

Apart from Dasuki, Salisu Shuaib, Aminu Baba-Kusa and two others who were enjoying their own bails were in court, but left when the information came that the first defendant would not be brought before the court.