President Muhammadu Buhari’s anti-graft war has suffered a massive setback with the suspension of the Nigerian Financial Intelligence Unit (NFIU) from the Egmont Group, TheCable can report.

And if Nigeria fails to comply with the group’s demands for a legal framework granting autonomy to the NFIU by January 2018, the country will be expelled from the global body which provides the backbone for monitoring international money laundering activities.

In the event of an expulsion, Nigeria will no longer be able to benefit from financial intelligence shared by the other 153 member countries, including the US and the UK, while the country’s ability to recover stolen funds abroad will also be hampered.

The federal government is currently seeking to recover funds laundered globally by politically exposed persons and their associates.

Another major dire consequence will be the blacklisting of Nigeria in international finance, and this could affect the issuance of Mastercard and Visa credit and debit cards by Nigerian banks.

It could also affect the international rating of Nigerian financial institutions, restricting their access to some big-ticket international transactions.

Nigeria’s admittance into the group in 2007 is considered to be one of the biggest achievements of the President Olusegun Obasanjo administration.

The membership ensured the removal of Nigerian banks from the blacklist of international finance.

The blacklisting had prevented the banks from engaging in correspondent banking with foreign institutions and also denied Nigerians access to foreign credit cards.

“It was one hell of a struggle to get Nigeria as a member,” a former senior official of the Obasanjo administration told TheCable on Tuesday.

“The suspension is a massive blow. It is going to set us back by a number of years because it is not easy to get admitted into the group. I hope things are still redeemable before it ends in an expulsion.” 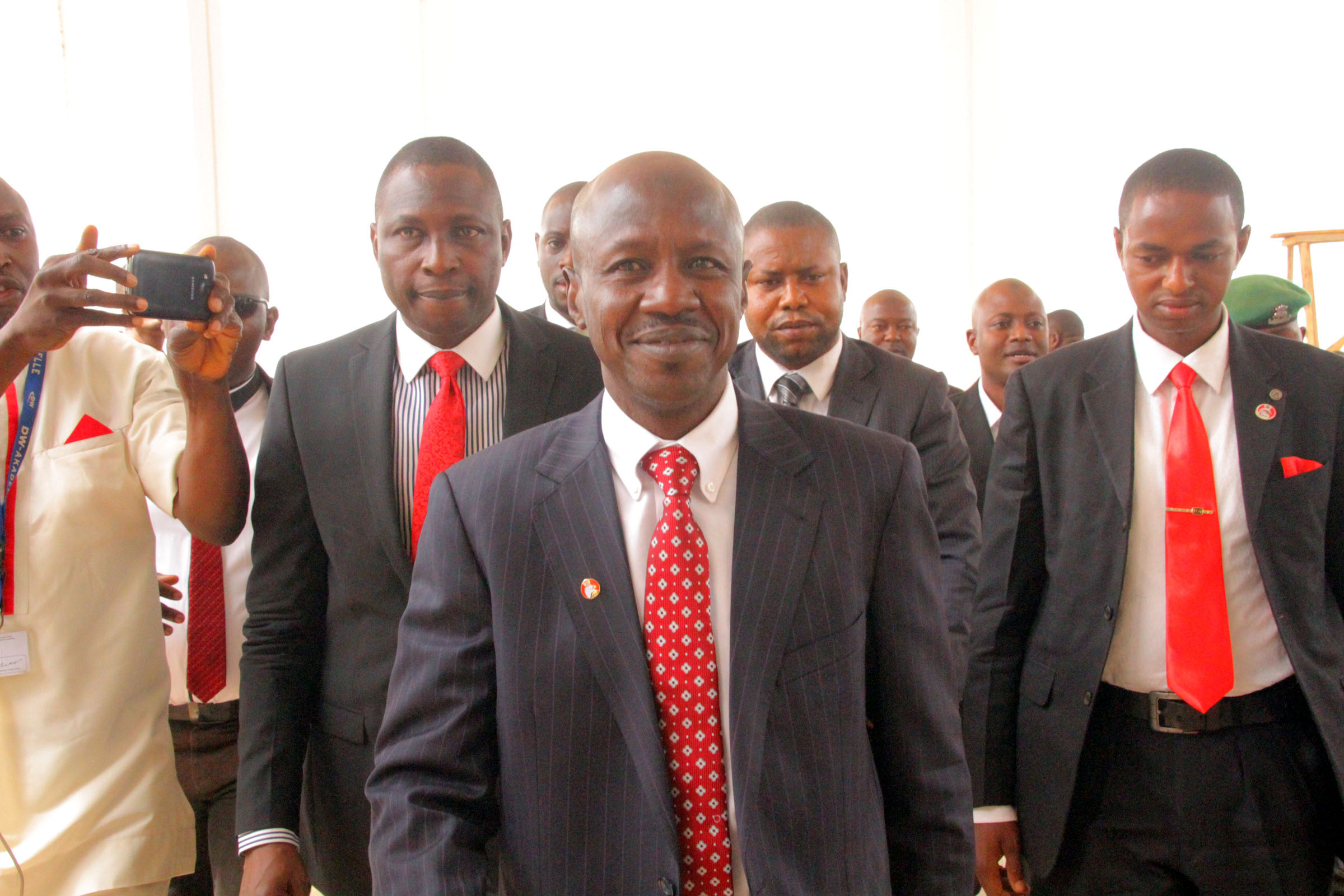 TheCable understands that the suspension, which was announced at the Egmont Group meeting held in China from July 2-7, 2017, was caused partly by the failure of the federal government to pass a law making NFIU autonomous.

The group mandates the Nigerian government to make NFIU autonomous in its funding, operations and management of intelligence.

But NFIU is currently domiciled at the Economic and Financial Crimes Commission (EFCC), although the Nigerian government says it is run as an autonomous unit.

The group is also said to be worried by the constant leaking of sensitive intelligence to Nigerian media, contrary to the global best practices the country signed up for.

TheCable could not confirm reports that the global body had earlier complained about the inteferance with the work of NFIU by the Ibrahim Magu-led EFCC.

Magu’s nomination as chairman is yet to be confirmed by the senate amid controversy over a negative security report written against him by the secret police.

The Egmont Group had been sending communication to Abubakar Malami, the Nigerian attorney-general, urging that action be taken to make NFIU autonomous but there was no positive response, TheCable was informed.

Attempts by TheCable to talk to Malami were unsuccessful as his phone was switched off, but sources at his ministry said he was away in South Africa to attend a conference.

TheCable confirmed that the  EFCC, which relies heavily on NFIU in its anti-graft war, is making frantic efforts for Nigeria to meet the conditions set by the Egmont Group, although the strained relationship between the legislature and presidency over Magu’s nomination may hurt attempts to fast-track the passage of the NFIU bill into law. 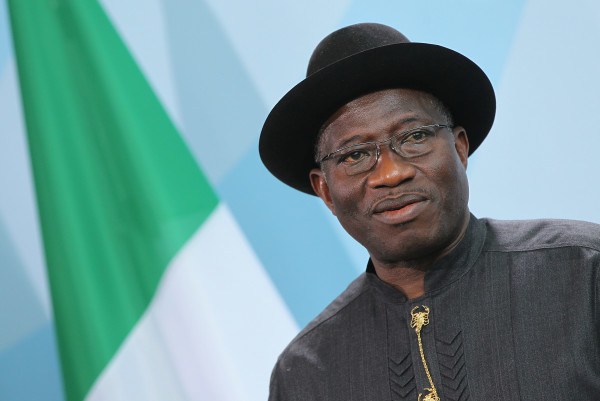 In 2013, Jonathan sent a bill to the national assembly to make NFIU autonomous

Government insiders informed TheCable that Nigeria started getting into trouble with the Egmont Group in 2008 when Farida Waziri was appointed EFCC chairman by President Umaru Musa Yar’Adua.

Because of the circumstances surrounding the removal of Nuhu Ribadu as EFCC chairman and the perceived romance of the Yar’Adua government with corrupt politicians, Nigeria was isolated within the group.

NFIU’s access to sensitive financial intelligence on the Egmont Group portal was curtailed — it was believed that information was being shared with those under investigation by the EFCC.

The group demanded that Nigeria should make the IFU independent of government control.

Recommendation 29 of the international standards set by the Financial Action Task Force (FATF) says the FIU must be an independent institution free of interference from anybody or institution.

To comply with the Egmont requirement, President Goodluck Jonathan, on assuming power in 2010, set up a presidential committee on FATF.

He also appointed Ibrahim Lamorde as the new chairman of the EFCC, and the NFIU access was restored by the Egmont Group.

In 2013, Jonathan sent a bill to the national assembly to make NFIU autonomous and both chambers passed the bill, but things fell apart when it came to harmonisation.

An official of the EFCC, who asked not to be named, said the bill did not see the light because of “selfish power play”.

“The original proposal was that the NFIU would report to the office of the attorney-general in rendering accounts,” he said.

“However, a former head of service who was eyeing the position of the chairman of the central bank board went and lobbied the lawmakers to put the unit under CBN, insisting that NFIU is a financial matter.

“To make matters worse, the EFCC wanted to be in control of NFIU. This too frustrated the legislation. At the end of it all, the law was neither harmonised nor passed.”

WHAT IS EGMONT GROUP? 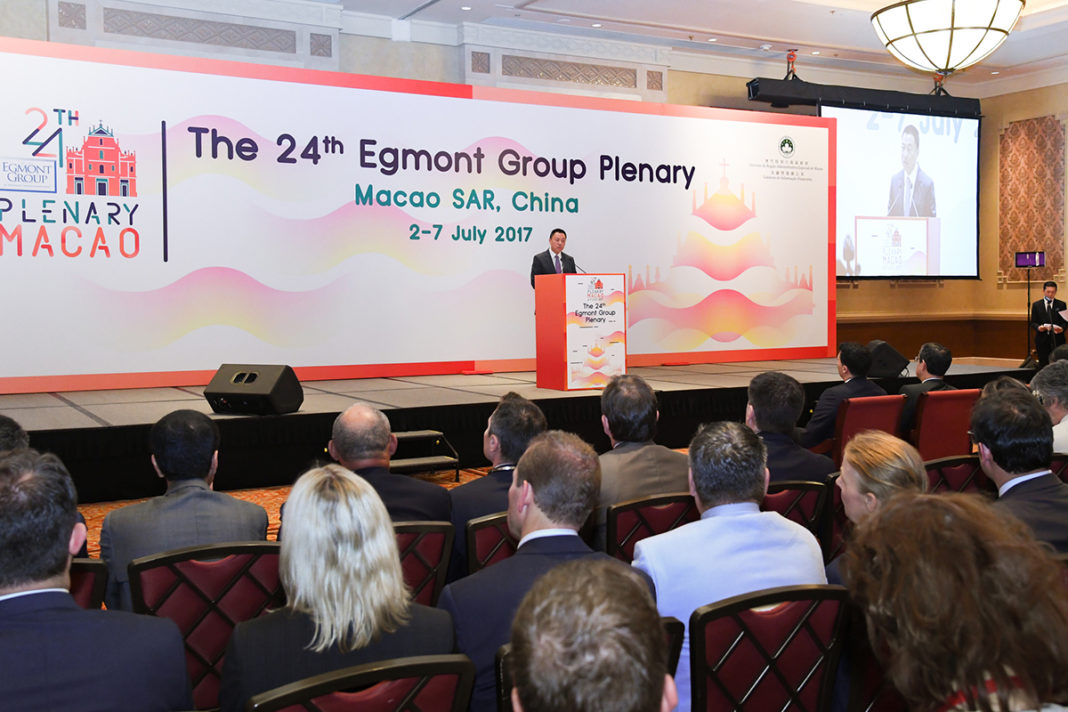 The Egmont Group is a body of 154 financial intelligence units (FIUs) across the world.

It provides a platform for the secure exchange of expertise and financial intelligence to combat money laundering and terrorist financing.

The group mandates countries to establish a financial intelligence unit that serves as a national centre for the receipt and analysis of  (1) suspicious transaction reports; and (2) other information relevant to money laundering, associated predicate offences and financing of terrorism, and for the dissemination of the results of that analysis.

As a member of the group, the NFIU can access the bank accounts of persons of interest in all the other 153 member countries.

All advanced countries are members of the group, which is an initiative of the American government.