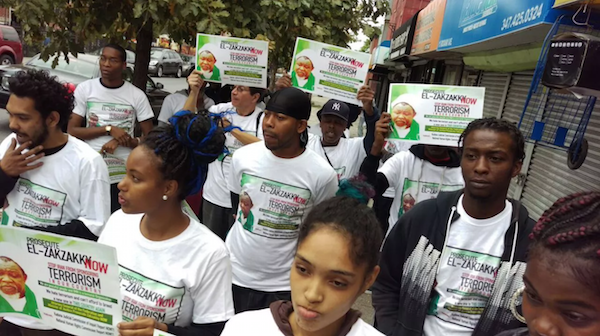 In a bid to stern the growing spate of the religious extremism being propagated by the Islamic Movement of Nigeria, IMN, a group of Nigerians in the United States have launched a movement under the aegis of More Voices Against Terrorism (MVAT).

The movement which was inaugurated by the convener, Cosmas Collins, said the activities of the IMN has given Nigeria and Nigerians living abroad a negative image, saying there was urgent need to draw the attention of the international community to their heinous crimes against the Nigerian state.

In an electronic statement, the Convener of the MVAT, Cosmas Collins, said the non-prosecution of the leader of the IMN, Ibrahim El-Zakzaky remains a major flaw for the present administration of President Muhammadu Buhari which is respected globally in its war against terrorism.

According to him, the campaign against Mr. El- Zakzaky and his Iranian counterparts is a patriotic advocacy to defend the sovereignty of Nigeria from re-colonization by imperialists. He called for support of all Nigerians.

In a short video also posted by Mr. Collins on the internet, members of the newly launched group were seen sharing pamphlets on the streets of the US condemning the IMN extremism and other forms of terrorism in Nigeria.

He said Islam is a good religion but El- Zakzaky and his Iranian sponsored IMN are portraying the religion in bad light just to satisfy his foreign masters.

He assured ‎that Nigerians the world over are united in the quest to rid the country of relgious extremism, adding that the movement is committed to ensuring that their advocacy in the USA gets to the president and every Nigerian living at home and abroad.