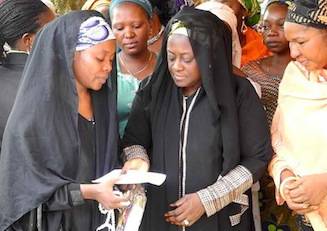 Many dignitaries attending the rally in Minna, Niger State, for President Jonathan’s second term ambition, were injured as the podium accommodating them suddenly collapsed, midway into the programme.

The incident brought to an abrupt end the zonal rally in Nigeria’s north central, organised by Transformation Ambassadors of Nigeria (TAN).

They sustained various degrees of injuries.

The affected persons were rushed in National Emergency Management Agency (NEMA) ambulances to a Bay Clinic (a private hospital) and General Hospital in Minna.

The development forced many delegates to head for their vehicles while the organisers continued to address a very scanty audience compared with the crowd before the collapse.

Meanwhile, Governor Babangida Aliyu of Niger has visited the injured at the IBB Specialist Hospital, Minna.

“As the Chief host, the governor feels highly concerned on the sad incident during the rally.

“As usual with the Chief Servant (Aliyu), he is going round the hospitals to commiserate with our visitors. The medical bills will be footed by the state.

“Some of the victims of the unfortunate incident have been discharged, while the others are still receiving treatment,” he said.