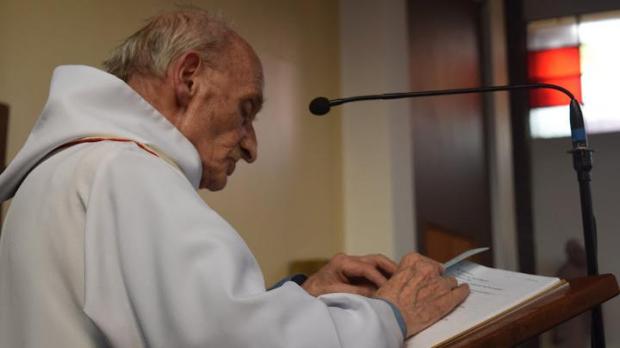 Daesh Takfiris reportedly yelled “Daesh” as they slit the throat of 86-year-old Father Jacques Hamel in Rouen, France this morning at a catholic church. He was ordained in 1958.

A nun who escaped said she saw the two attackers record a video of themselves and “give a sermon in Arabic” around the altar.

Analysts believe desperate Daesh is aiming to provoke a global Muslim-Christian war as they continue to loose ground under the leadership of Russia and Iran.