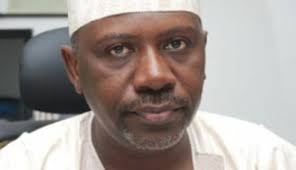 President Jonathan’s Choice For Head Of Service Was Indicted For Corruption, Declared Unfit For Public Office

Danladi Irmiya Kifasi, the man President Goodluck Jonathan just named as the new Head of Service of the Federation, had been indicted of corruption in 2000 and barred from holding public office, according to a government White Paper obtained by SaharaReporters.

The position means that Mr. Kifasi is to oversee Nigeria’s civil service. The controversial appointee formerly worked as the Permanent Secretary in the Ministry of Petroleum Resources.

An anti-corruption activist who helped provide information about Mr. Kifasi’s corrupt past said that his appointment provoked questions of credibility and highlighted Mr. Jonathan’s penchant for hobnobbing with corrupt elements.

The source wondered what kind of disconnect made it possible for the president to elevate a man like Mr. Kifasi to the topmost post in the civil service despite the existence of a Government White Paper that declared Mr. Kifasi unfit for public office.

The White Paper arose from Mr. Kifasi’s involvement in a financial scandal at the Federal Superphosphate Fertilizer Company (FSFC) in Kaduna, capital of Kaduna State. In 2000, a panel of inquiry looked into a scandal that involved Mr. Kifasi, Awal Tukur, Jide Omokore, who is also close to President Jonathan, Ben Osuji, J.B. Ghumdia, J.O. Odu, and Fivatek Nigeria Limited. The panel investigated how the mentioned subjects defrauded the FSFC by making up costs, misappropriating funds, inflating the price of items, and tampering with the contract for the building of a sulfuric acid plant.

The investigation concluded that Mr. Kifasi, who was then the director of the FSFC, had given out free bags of fertilizer to officials in the Federal Ministry of Agriculture. Mr. Kifasi also handed out four all-wheel-drive trucks ordered for the plant to agriculture officials.

The White Paper, which heavily indicted both Mr. Kifasi and Mr. Omokore, made strong recommendations in relation to the former. The investigating commission recommended that Mr. Kifasi should refund the total amount of funds spent on overpricing of items during his tenure. Investigators found that the inflation of prices was deliberate and part of Mr. Kifasi’s calculated acts of fraud.

The investigators also found that Mr. Kifasi engaged in widespread maladministration, including the misapplication of funds, dishonesty and flagrant violation of financial regulations. The commission added that Mr. Kifasi’s acts of corruption led to huge losses and imposed a heavy debt burden on the FSFC.

Not only did the commission declare Mr. Kifasi unfit to hold public office, it also recommended his dismissal from the service. The Commission recommended that Mr. Kifasi should refund various sums, including N20,047,844.25 lost by the Company through his hyperinflation of prices for sulfuric acid. In addition, the commission ordered that Mr. Kifasi should refund N12,100,000 being the difference between funds he claimed to have spent on a missing fire truck and water tanker and the correct price of the vehicle.

Mr. Kifasi had claimed that former President Umaru Yar’Adua had extended a presidential pardon to him, but there is no government gazette available to authenticate the claim.

See below White Paper indicting Kifasi and others: