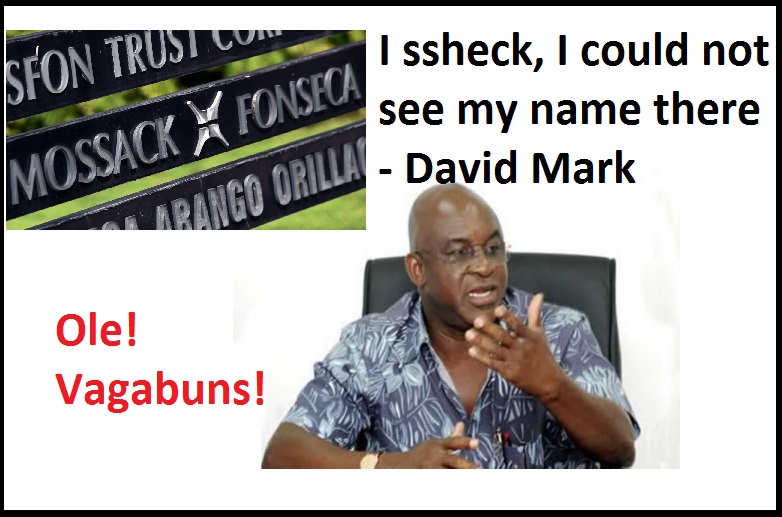 A shameless Nigeria former Senate president, David Mark has denied his name in the Panama leak files is in there.

NewsRescue checks have also confirmed the companies owned by David Mark in the database.

What is dizzying is David Mark’s defense.

the former Senate President did not simply say that he was not involved in such illegal stuff, he went further to insult himself and make a silent confession and then ridicule himself fully by stating that he checked the database and did not see his name.

He said, “Senator Mark’s Media team has carried out its own search of the Mossack Fonseca database and found no statement, item or any connection to Senator David Mark or his Family. It follows that there is no record whatsoever of any impropriety or wrongdoing.”

“It is the height of falsehood for David Mark to claim he has looked through the database, and that he didn’t find his name,” Mr. Olufemi said. “The database is not public, and the strict security protocol around it will not allow unauthorised users to access it. So which database did he check?

“It is sad that a man who was the number three official in our country will cook up this level of lies. If he indeed has access to the database, he should look again, and he will find his name and his companies listed there. The earlier he accepts that reality the better.”