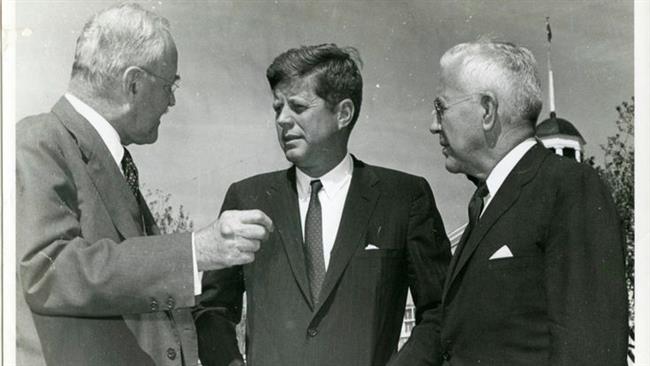 A declassified report by the US Central Intelligence Agency (CIA) has concluded that the spy agency’s former director withheld information about the assassination of former president John F. Kennedy.

The CIA report, which was written in 2013 and quietly declassified last fall, concludes that John McCone, who led the CIA when Kennedy was fatally shot in 1963, kept information from a federal commission that was investigating the assassination.

The report’s author, CIA historian David Robarge, writes that McCone and other top CIA officials were part of a “benign cover-up” to keep information from the Warren Commission, according to Politico Magazine.

Robarge writes that McCone and other CIA officials were “complicit” in keeping “incendiary” information from the commission.

He also wrote that the CIA sought to keep the commission focused on what the agency believed at the time was the “best truth… that Lee Harvey Oswald, for as yet undetermined motives, had acted alone.”

The US House of Representatives Select Committee on Assassinations concluded in 1978 that the investigations by the Warren Commission were flawed and that Kennedy was probably assassinated as a result of a conspiracy.

Many researchers are also unconvinced by the official government account and argue that Oswald was part of a conspiracy to kill Kennedy, perhaps in connection with Israel, Cuba or the former Soviet Union.

Israel had a motive to kill Kennedy because the president was opposed to the regime’s nuclear weapons program at Dimona which he believed could instigate a nuclear arms-race in the Middle East.

Kennedy encountered tensions with the Israelis regarding the production of nuclear materials in Dimona.