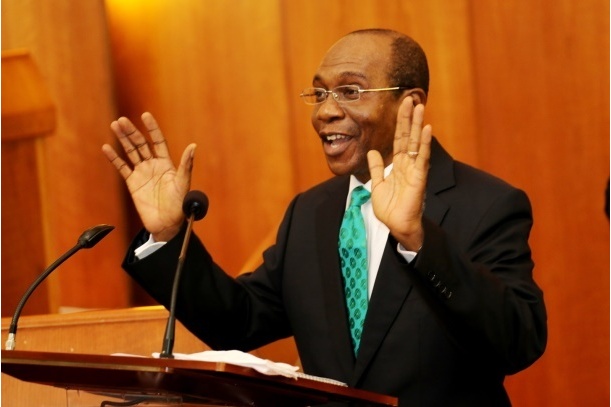 In my last write up *Nigeria: A Litany Of Sores 1* I made a strong assertion that the only way forward for us at this time was to devalue our Naira, and indeed I did put it in proper perspective to insist it is liberalization of Naira and not necessarily devaluation per se.

Quite a number of pundits disagreed with my economic capability even though I already alluded to my naivety, some indeed labelled me the *new avenger*. That was just barely 2 weeks ago, even though this position I have canvassed since almost a year ago. Now just 2 weeks down the line we find our Nation towing the same line we have rejected for far too long.

I believe Mr President and his team should apologize to Nigerians haven made us suffered so much woes economically, sent a lot of people out of jobs and has seriously contracted our economy.

I am in serious doubt if the handers of this economy really understands how to deliver us from this mess.

Perhaps the most asked topic is on the removal of fuel subsidy or better put the increase in the pump price of PMS.

I wouldn’t dwell on this now because it’s actually a symptom of a larger disease. What I can say for sure is that, while the removal of subsidy has become inevitable, we have indeed brought the situation upon ourselves, and it is rather unfortunate that we cannot implement the policy at a time we can choose, rather at a time which circumstances have forced upon us. That fault in not entirely of this administration, but previous ones and the rest of us.

That said, I would want to dwell on the common denominator of our present economic woes; our FOREX policy.

As a non economist I would address the issue as simple as I perceive it, I would welcome the opinion of economists to correct me wherever I am wrong.

Nigeria since the new administration has practiced a fixed Naira regime in which the value of our Naira has been artificially fixed (like a military fiat) and not allowed to compete with other currency to enable it reflect and bare its true value. As a result its been increasingly difficult for other currencies/Nations to do business with us.

This is the reasoning behind the so much cries for devaluation of our Naira. In the true sense of it its actually not devaluation but letting the Naira get its true value.

How has this now affected everything?

Nigeria is very broke at the moment as a result of the oil glut, unfortunately our economy depend oil.
For the first time as a country there is a general impression that we now have a president who would spend our money wisely, unfortunately that money is not there. Therefore the real task of the government is to create the money before it can even be spent. A herculean task I must agree, but unfortunately a fixed Naira regime has made it much much worse rather than alleviating the problem. As an import dependent economy when we devalue the Naira, things are expected to become more expensive and the cost of living would go higher, it would make life more difficult for the lower income group and further reduce the population of the middle class.

The question however is, which of the situation I have highlighted is not already being experienced by us. Yet we have not devalued.

Why on earth would some people then still think that devaluation is the way.

Well, except things change; for instance oil prices start to rise again, devaluation or rather liberalizing the Naira remains the only way for us to move our economy forward.

It is the ‘bitter pill’ we need to swallow.

There is no way we can get out of our misery without FDI which is expected to increase our FOREX earnings and stimulate our economy. We clearly cannot even fund our budget. But unfortunately the investors are not coming, and understandably so. To them they would be disadvantaged if they came to do business with us.

Take for instance an investor who wants to come with $1b, the first thing he would want to know is at what rate he would exchange it for the Naira, you tell him it is =N198 and believes it is more than that, take for instance be believes it should be =N250. Then he would lose =N52 on each dollar therefore suffering a loss of =N52b before even starting the business which is bound to even have it’s own risks.

Let’s assume he then agrees on this lose hoping that he would make up for it with his gains. After a year of doing business his investment becomes =N257.4b I.e 30% profit and he needs to cash out how does he get his dollar back. Definitely he can’t get it form CBN cause they don’t have therefore foreclosing his ability to get at =N198 that he bargained with. He goes to alternate market and the best he can get is N300 further losing N50 on each dollar, another N50b and would eventually surfer a loss of about $142m. No investor would do that (I am sure you wouldn’t even for the love of country) they would rather take their money to smaller economies where they can still make smaller gains.

That is the predicament we presently face.

But if we took the bitter pill of devaluing our Naira, while things would get difficult as described, we would expect them to get better, because of the much needed FDI that would have come in with the deal. That would stimulate the economy and save jobs, at least BDC workers would still keep their jobs. In truth Africa is the next big thing in the market place: which country better takes that spot as investment destination other than Nigeria?

Why haven’t we bothered to ask why the investors have refused to come. The reason is as enumerated above.

If you took a bitter pill e.g chloroquine for malaria treatment, apart from the bitterness you are likely going to itch, you may even experience dizziness and some other bad feelings but you still take it because you expect the drug to provide you cure and the side effects are only temporary. You have an idea how you expect your malaria to be cured.

But if you continued to lick the chloroquine without swallowing it, you shall experience the bitterness of the drug and that alone without getting cured because you have refused to swallow. Any hope of getting cured would just be mere conjecture. Very unlikely unless something else happens. This is the closest analogy to our predicament in Nigeria.

We have refused to embrace devaluation, but we already suffer all the woes devaluation would bring to us and we keep hoping it would get better. I doubt it would. Things don’t just get better, you have to work your way. The earlier we took the bitter pill and came up with a plan for our economy the better. The economy is contracting by the day and we may lose it eventually if we do not get something done quickly.

PS: on the China deal, the proposed currency exchange has no benefit for our economy in the real sense of it, the benefit is to the Chinese economy that is under a lot of pressure and looking for ways to ease out. So even that is not our way out.