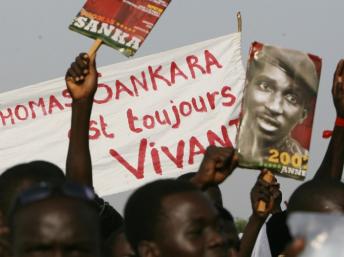 A French MP has called for an official inquiry into France’s role in the assassination of leftist icon Thomas Sankara, who was the president of Burkina Faso at the time. Sankara, often called “Africa’s Che Guevara”, headed a popular socialist revolution but was killed, many allege, thanks to the secret services of the United States and France.

Sankara’s reforms included nationalization of natural resources, refusal of foreign aid, debt repudiation, feminist legislation, environmental protection, land redistribution and he even declared the year of 1985 to be rent-free.

With the Cold War still being fought, such leftist reforms drew immediate retaliation. France has yet to acknowledge its role, and many expect such resistance to continue.

Even though the French press has largely ignored the call for a parliamentary inquiry, Sankara’s legacy as an anti-imperialist and socialist visionary remains immense.

For Burkina Faso, Sankara’s revolution died with him. France immediately recognized the coup of Blaise Compaore, who has held power ever since. Sankara’s policies were reversed, and Burkina Faso has become one of the world’s poorest and least-developed nations.

As French bombs fall in Mali, the death of Thomas Sankara is especially relevant. If France is responsible, few would say that life in Burkina Faso has improved thanks to the use of force, instead of diplomacy and cooperation. –PressTv