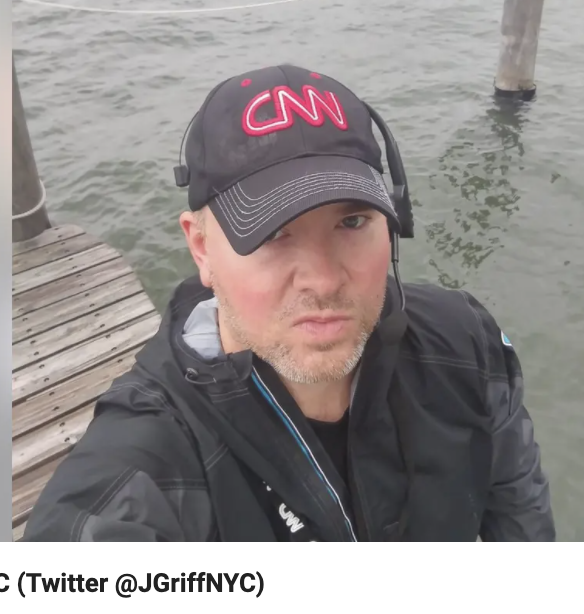 John Griffin is a senior producer on CNN’s morning program ‘New Day,’ according to his LinkedIn profile

By Joseph A. Wulfsohn | Fox News

CNN suspended one of its staffers following a federal indictment accusing him of coercing parents to allow their minor daughters to engage in sexual activity in his home.

John Griffin, who according to his LinkedIn profile is a senior producer for CNN’s flagship morning program “New Day,” was arrested on Friday by the FBI after being charged by a grand jury in Vermont “with three counts of using a facility of interstate commerce to attempt to entice minors to engage in unlawful sexual activity.”

“According to the indictment, from April to July of 2020, Griffin utilized the messaging applications Kik and Google Hangouts to communicate with people purporting to be parents of minor daughters, conveying to them, among other ideas, that a ‘woman is a woman regardless of her age,’ and that women should be sexually subservient and inferior to men,” the U.S. Attorney’s Office in Vermont wrote in a statement. “On these communication platforms, Griffin sought to persuade parents to allow him to train their daughters to be sexually submissive.  In June of 2020, Griffin advised a mother of 9- and 13-year-old daughters that the mother’s responsibility was to see that her older daughter was ‘trained properly.’”

“Griffin later transferred over $3,000 to the mother for plane tickets so the mother and her 9-year-old daughter could fly from Nevada to Boston’s Logan airport. The mother and child flew to Boston in July of 2020, where Griffin picked them up in his Tesla and drove them to his Ludlow house.  At the house, the daughter was directed to engage in, and did engage in, unlawful sexual activity,” the statement read.

According to the U.S. Attorney’s Office in Vermont, the 44-year-old CNN staffer “attempted to entice two other children over the internet to engage in sexual activity” and in April 2020, he “proposed to engage in a ‘virtual training session’ over a video chat that would include him instructing the mother and her 14-year-old daughter to remove their clothing and touch each other at his direction.”

Additionally, Griffin “proposed to a purported mother of a 16-year-old daughter that she take a ‘little mother-daughter trip’ to Griffin’s Ludlow ski house for sexual training involving the child” in June 2020.

Griffin’s verified Twitter account also identifies himself as “Writer, Father, Tech Head.” The accused pedophile had been working for CNN since 2013. Griffin’s time as a senior producer for CNN’s “New Day” partially coincides with fired anchor Chris Cuomo’s tenure as anchor of the morning program before taking the helm of “Cuomo Primetime.”

“We take the charges against Mr. Griffin incredibly seriously,” a CNN spokesperson told Fox News. “We only learned of his arrest this afternoon and have suspended him pending investigation.”

The indictment of the CNN producer came less than a week after the network fired its primetime star Chris Cuomo after a new sexual misconduct allegation emerged against the anchor over alleged behavior that took place at another network, which he denied. This followed Cuomo’s first accuser, veteran TV producer Shelley Ross, who came forward in September and claimed he grabbed her buttock at a 2005 work function while the two of them worked at ABC News.

Cuomo had already been suspended following the damning revelations that emerged from the New York Attorney General’s investigation into his brother, revealing that the anchor was far more involved with the governor’s office than previously known.

Documents showed that Cuomo relied on his own media sources to find information about his brother’s accusers.

Fox News’ Brian Flood contributed to this report. Joseph A. Wulfsohn is a media reporter for Fox News. Follow him on Twitter @JosephWulfsohn.