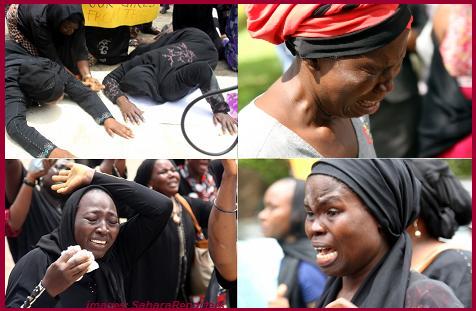 The one singular undeniable mission of Boko Haram has been the systematic displacement of Nigeria’s farming communities. From Benue to Borno, Boko Haram has been the murdering of our farmers and raping of their wives and daughters. We today know that there is no phony “Fulani herdsmen” massacre group; it is the same Boko Haram that has been murdering and displacing farmers across the fertile middle belt of Nigeria; mercenaries being funded by thoroughly wealthy, globally connected individuals to phase out indigenous farmers. No surprise our billionaires say “Boko Haram carnage is not our worst problem, infrastructure is.”

Boko Haram had a standing accord with the Nigerian government: leave us to do what we are paid generously to do and we will leave the south and Federal Capital Territory, Abuja. With the clamor of Nigeria’s distraught, empathetic masses, the Nigerian army momentarily took off their “kid-glove” approach (as Nigeria’s president admitted in Namibia) and struck at Boko Haram a few times, a bit more aggressively. The result was Boko Haram struck Abuja, the nation’s capital; twice in three weeks. 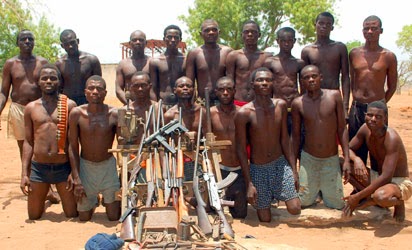 There is little doubt left in any Nigerians minds, that the Nations security services (army) is not interested in seeking out and eliminating Boko Haram from their well known hideouts. We have reported on this thoroughly and media reports have validated our facts. Boko Haram is to be left alone to displace the indigenous farmers of Nigeria, kill and conscript their sons and feast on their daughters. Boko Haram is so well funded; they are able to pay $3000 to charter mercenaries from neighboring countries as a BBC report revealed.

Nigeria is progressively facing food shortage and famine as our local production nears a nadir. While this is happening, the Nigerian government is romancing globalist agriculture giants to force modified seeds and products on Nigeria’s farmers. Nigeria’s billionaires who partner the globalists are aggressively purchasing land from displaced and forcibly displaced individuals across the country. Senator Zanna representing Borno said on SaharaReporters Saturday, that up to 80,000 people have been killed and an entire generation of farmers are no more.  He said the villages of the north are bare. There is no one left there anymore. Alhaji Amadu, the village head of Yar Galadima, a recently affected community in Zamfara, said the same thing to WeeklyTrust, April, that he has almost no one left to preside over. Lands are being left bare and available for cheap confiscation.

There is a lot to be discussed here and a lot to be suspected when regarding new globalist laws on the possession of the people’s land by the government and corporate organizations who believe “they know how to use the land better than the indigenous populations.” These new globalist laws are not only being implemented in Africa, but also in western societies where the government repossesses land of farmers who “don’t know how best to use it,” as the laws claim. “Carbon credits” is another such globalist programme that claims indigenous lands.

When there is a systematic displacement of people from any piece of land in the world, the right question to ask is—what is the value of that land? Is the resource under the surface or is the land the valuable resource being sought with the organized, deliberate displacement? Have we asked these questions?

But the time for asking questions is over. The time for pointing fingers and blaming local and international players is long gone. We are no longer asking any questions here. We have watched way too many pogroms in Nigeria. The curse of the dead is upon us. We have watched this pogrom of our brothers, Muslim, Christian and other, in the north for too many years already. The time has come for action; to defend our people and protect and preserve their lives.

What have the farmers of the north done? Who have they ever offended? Have they ever wielded power? Did they cause the Biafra war? Did they embezzle our wealth? Did they divide-up our oil blocks among themselves? These communities have done nothing and gained next to nothing from the Nigerian equation. Why should they deserve this annihilation and destruction of their seed—not planting-seed—but children-seed?

Hundreds of thousands of us are ready to go and fight to defend our parents, brothers, sisters and children in the affected parts. From Niger Delta, to Calabar; from Nasarawa to Borno, we are ready. Boko Haram has run its course. We have come to terms with the reality that the Nigerian army will do nothing to check this problem. These globalists, the insensitive cabal and our local and federal leaders do not value life over profit; in fact they posit ethnic population control by uncanny means.

Time For A New Approach

We have sent a request to the president of Nigeria, for executive authorization to arm and engage the terrorists in whatever jungle or cave they may be [Request: http://ends.ng/?p=864]. Civilian defense is the method neighboring Algeria used to check a similar Boko Haram-like menace during its 1991-1999 “Black decade.” Armed civilians guard the borders of the United States and are “Black water” hundreds of thousands of paramilitary forces. Dane gun armed civilians already defend communities in Borno. The role of armed responsible civilians (Groups for Legitimate Defense, GLD), in abating terror is undisputed and can no longer be denied or suppressed. From north to south, we have armies of youth volunteers on stand-by and some already relocating to Borno to engage and destroy Boko Haram and restore life to our farmers across the nation. If this request is not hastily approved, we will forward the same request to the local and state leaders in the affected areas. If they too do not approve the request urgently, we will take the request to the court of the masses; and with their approval, we will commence action to defend the integrity of the lives of Nigerians as we swear in our pledge.

Our hearts and heavy, but so also is our resolve. We have prayed, and we have all cried enough, it is time for action.