The defense put forth by the Buhari presidency of Secretary to the Federal Government, Babachir Lawal, claiming only thee senators signed the Shehu Sani indictment has been knocked with evidence of six signatures on the document.

Babachir Lawal was indicted by the Senate for using a personally owned company to obtain a N200 million contract to “remove exotic species” of weeds in Yobe state from funds for Nigeria’s Boko Haram-displaced persons. 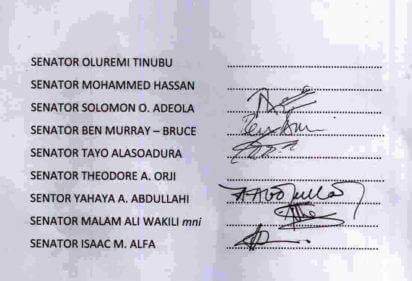