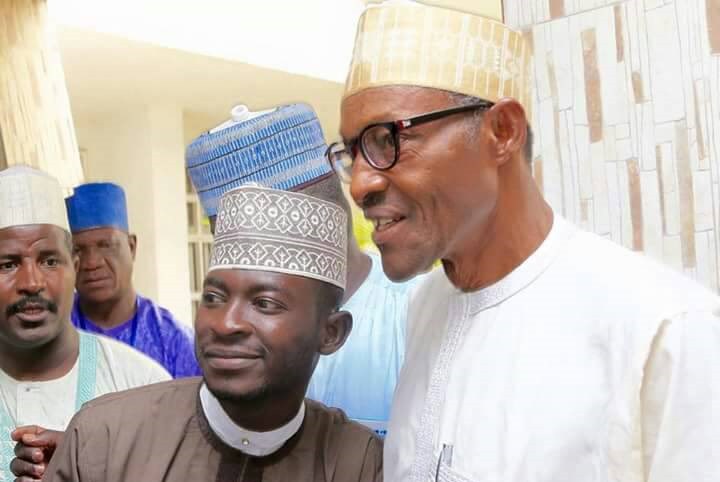 My attention has been drawn to reports by some online media platforms that I purchased a radio license for N50 million and that I have also purchased two houses in highbrow areas in Kano and one in a luxury area in Abuja.

These reports are false, baseless and uncalled for, at a time when we are praying for the speedy recovery of Mr. President’s health and his safe return to continue with the good works he started especially the fight against corruption, terrorism and stabilizing the economy. I want to use this opportunity to state that I still live in a rented apartment in Abuja and have not purchased any radio license.

I wish to draw the attention of the general public that, to my knowledge the federal government of Nigeria does not grant radio licenses at the cost of N50 million. Rather, it grants radio licenses in Lagos, Abuja, and Port Harcourt at the cost of N20 million while it charges N15 million for radio licenses in other states of the federation. If however the perpetrators of these baseless rumors are insinuating that I purchased the licence from someone else not the National Broadcasting Commission NBC, let that person be pointed out.

On the alleged purchase of houses in Kano and Abuja, I wish to state here clearly that despite my position in the Presidency, I still live in a rented apartment in Abuja.

Anyone insisting that I allegedly own houses in Guzape Hill, Abuja and Badawa layout, Kano should please take advantage of this administration’s whistleblowing policy.

In addition, I neither use exotic cars nor posh vehicles; I urge the general public to disregard this purported news as it is the handiwork of mischief makers.

I have been in possession of cars for my family and personal use for years and the most expensive of these cars was the one I purchased before the 2015 general elections, which I used during the APC presidential campaign.

The allegation of being backed by very influential people is also uncalled for and far from the actual reality. My job is to assist the president in the media and I seek advice from all Nigerians in discharging my duties regardless of their imaginary pecking order in this administration.

My relationship with the President, some of his close associates and relatives started in the past 10 years. I will stand by every well wisher of the President and his supporters across the country.

The concocted allegation against my person will neither stop my philanthropic gesture to the people nor stop me from associating with President Buhari’s grassroot supporters, or attending occasions organized by Buhari support groups.

It is amazing that a so-called news medium is reporting that this administration is the most corrupt owing to the type of personalities, at a time that the country has been removed from the list of 10 most corrupt countries in the world, breaking a record of 16 years as released by the United Nations anti graft body due to the fight against corruption, integrity of the leadership, access to budget information, high level of press freedom and independence of the judiciary, as cited in the UN report.

As an aide to the president, I will not and neither do I have the desire to accumulate wealth illegally. I stand by President Muhammadu Buhari’s anti corruption war and have preached against corrupt practices even before being appointed and I still do.

As a P.A. to the President on Broadcast Media and not a “special assistant” as reported by a news outlet, I have discharged my roles fully and remain loyal to the president. In my job as a PA to the President there are other more senior appointees than me, so, I cannot and do not wield the kind of influence alleged in the malicious reports on social media.

I discharge my duties collectively with the guidance of my senior colleagues in the President’s Media Team.

It is therefore not surprising that some desperate elements that worked assiduously to bankrupt Nigeria and scuttle its development are trying to tarnish my image in order to deter me from my duty of public enlightenment, where I interact on a weekly basis with citizens at the grassroots in their various locations.

I therefore call on these online rumor mongers to, as a matter of urgency retract their baseless allegations, and issue a public apology to me or face legal action.

Lastly, I urge the general public to ignore these malicious lies that are peddled by individuals or media whose sole intention is to cause confusion and distract us from making our country better. By the grace of God we will continue to remain focused in our duties to the country. May Allah SWT continue to protect our country and our President. Amin,