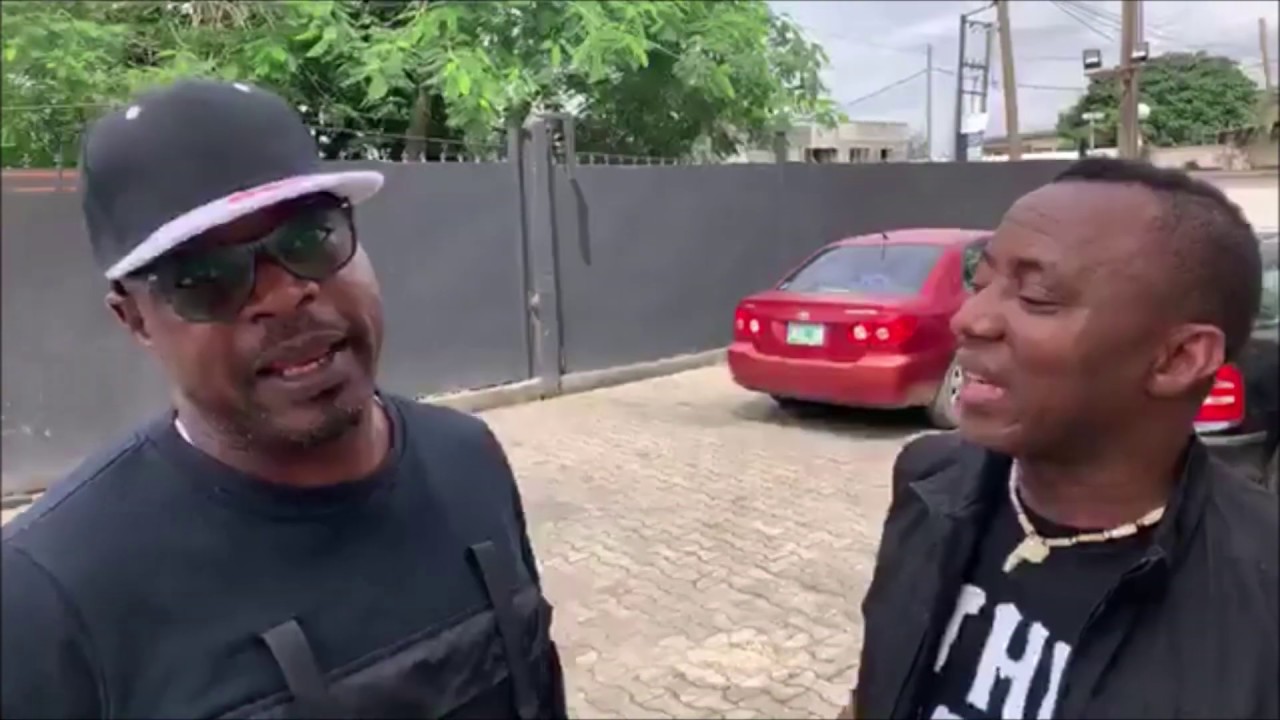 FACT-CHECK: How Nigeria’s secret police, SSS, is violating the law and illegally parading itself as DSS

In recent years, Nigeria’s domestic intelligence agency, the State Security Service (SSS), has come to be known and addressed as the Department of State Services (DSS).

From virtually no mention in the Nigerian and foreign media in 2011, the reference to DSS as the name of the agency has become widespread. Very few people know or remember the State Security Service (and not Department of State Services) as the legal and authentic name of the agency today.

In this fact-check, PREMIUM TIMES examines how the SSS disregarded its enabling law and surreptitiously gave itself a new name, not known to any Nigerian law.

This newspaper is relying on the the Act that established the SSS, as well as interviews with serving and past security personnel, analysts, lawyers and journalists.

None of these respondents could cite any enabling law that empowers the SSS to refer to itself as SSS.

Checks by PREMIUM TIMES showed that the SSS began describing itself as Department of State Services in official correspondences and in statements to the media in 2011.

Five years later, the reference to the agency as DSS, instead of SSS, has become so popular in the media today that PREMIUM TIMES is the only outlet in the country that sparsely uses “DSS” in news stories.

This suggests that the policy may have come into effect during the days of Marilyn Ogar, the former spokesperson of the Service who signed press statements distributed to the media.

Foreign reports also mirror that abrupt change. For instance, since it started compiling its annual human rights report on Nigeria in 1976 till as late as 2012, there was zero mention of ‘DSS’ by the U.S. Department of State. But by 2013, the State Department used ‘DSS’ interchangeably with ‘SSS’.

By the time the 2014 edition of the report was published, the ‘’SSS’ had been completely dropped for ‘DSS’.

The National Security Agencies Act, Decree 19 of June 5, 1986, established the SSS and two other intelligence agencies for the Nigerian state.

Throughout the Act, the “State Security Service” was mentioned three times, and nowhere was the “Department of State Services” cited.

Those who try to provide reasons for the use of DSS say the agency is acting in accordance with the provisions of an instrument adopted in 1999.

Some SSS officials say Instrument One, a subsidiary regulation derived from the Armed Forces Act, came into effect on May 23 of that year, shortly before a former military ruler, Abdulsalami Abubakar, left office as democracy returned to Nigeria.

This newspaper perused a copy of the Instrument and no where in the document was SSS allowed to refer to itself with another name.

Even if Instrument One were to be a regulation made pursuant to the NSA Act, it still won’t give the SSS the power to go by another name in official documents without an amendment to the NSA Act that reflects the changes, says Femi Falana, a Senior Advocate of Nigeria.

Between 2009 and mid-2011, she was widely quoted in the media as a spokesperson for the SSS. Reporters present at her maiden press briefing also say she introduced herself as public affairs head in the SSS.

During that period, there is little evidence to suggest that she made any reference to DSS in press statements.

However, “DSS” was boldly written on the bulletproof vests that personnel of the agency wore during the arraignment of Iranian arms dealer, Azim Aghajani, between December 2010 and January 2011.

The first known citation of Ms. Ogar as a “DSS spokesperson” was in a press statement she distributed on August 31, 2011, announcing that some suspects were arrested in connection with the August 26, 2011, bombing of the United Nations’ offices in Abuja.

“Owing to various speculations and misrepresentations in the media arising from the bomb attack on the United Nations (UN) building on 26th August, 2011 in Abuja, the Department of State Services (DSS) on behalf of other security agencies wishes to state as follows…,” the release read in part.

Francis Suberu, who has over 10 years experience as a crime beat reporter, credits the widespread adoption of DSS to Ms. Ogar.

“I can tell you it was Ms. Ogar that started using DSS in statements,” Mr. Suberu, an employee of National Mirror, says.

Another crime reporter with fair knowledge of covering the SSS is Taiwo Jimoh of New Telegraph Newspapers.

Mr. Jimoh tells PREMIUM TIMES he “didn’t observe the use of DSS until Ms. Ogar started relating with the media in 2011 or thereabouts.”

Ms. Ogar retired in September 2015 as an assistant director, public affairs, in the SSS.

Tony Opuiyo, who appears to have taken over Ms. Ogar’s role, has sustained the practice as all press statements he has so far distributed were signed using DSS.

PREMIUM TIMES understands that Ms. Ogar took the decision to amplify the use of DSS as part of a communication strategy against Boko Haram.

“So the SSS had to come out with new strategic communication and ICT to make Nigerians understand that it has nothing against them and, in fact, needed their support to combat terrorism,” says Chidi Odinkalu, a former chairman of the National Human Rights Commission. “All that was done when Marilyn Ogar was the spokesperson.”

“Before Ms. Ogar, you can hardly see SSS parade suspects on television or make public service announcement to encourage public support in counter-terrorism or other challenges.”

A former SSS director said the agency has legal provisions for subsidiary legislations and the adoption of DSS is in line with those.

But even this is swiftly challenged by Mr. Odinkalu and other lawyers, including Femi Falana and Liborous Oshoma, who said the agency could only make regulations to govern its operations and not unilaterally assume a new name for itself.

Mr. Odinkalu said SSS is running afoul of the law by parading itself under a name with which it cannot be sued to any court in the land since it is only known as SSS in the National Security Agencies Act that established it.

Mr. Odinkalu made specific reference to the NSA Act which is part of the four existing laws listed in the Transitional Provisions and Savings component of the Constitution.

Section 315 (five) of the Constitution lists the four existing laws as: the National Youth Service Corps Decree 1993, the Public Complaints Commission Act, the National Security Agencies Act and the Land Use Act.

“To carry out any alteration to any of these laws requires the satisfaction of Section 9 (two) of the Constitution, which is the same requirement for any amendment to the Constitution itself,” Mr. Odinkalu said.

He said the potency of these provisions was recently tested when President Goodluck Jonathan unilaterally renamed the University of Lagos.

Mr. Jonathan took the decision on May 29, 2012, to rename the institution as Moshood Abiola University in honour of the late pro-democracy campaigner and acclaimed winner of the June 12, 1993, presidential election which was annulled by Ibrahim Babangida, a former head of state and dictator.

But the former leader had to back down on the decision after his administration realised that the University of Lagos was created by an act of parliament in 1962 and, as such, cannot be altered without recourse to the National Assembly.

The use of the name Department of State Services (DSS) by the State Security Service (SSS) is illegal and a violation of Nigeria’s National Security Agencies Act. It should be reversed.