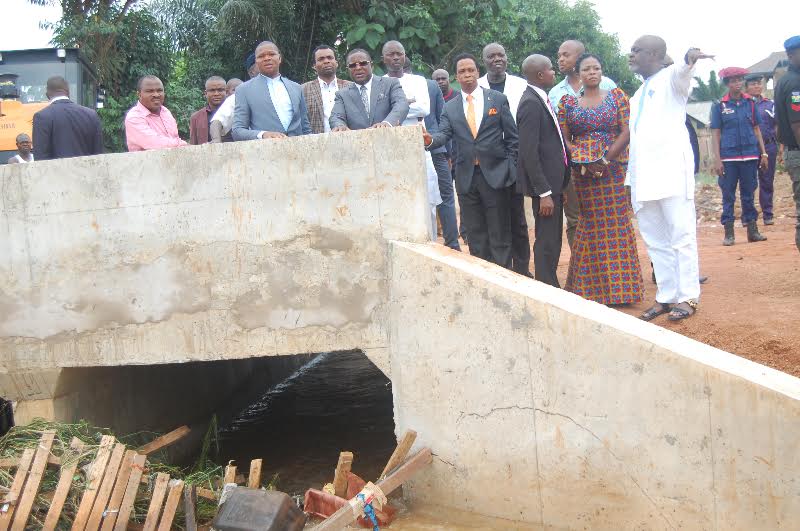 Ebonyi State suffered another natural disaster on Saturday night/ Sunday morning as heavy down pour wreaked havoc on the capital city of Abakaliki.

Many residents, especially those living close to water channels were yesterday sacked from their homes following the rain which lasted close to six hours. While some homes were heavily flooded, many had the roofs of their abode blown off by breeze and storms that followed the rain.

Service could not hold at the Christ Embassy 2 on Onwe Road as the premises were completely submerged. Many worshippers were seen milling around while others waded through the flood salvaging already drenched church properties. 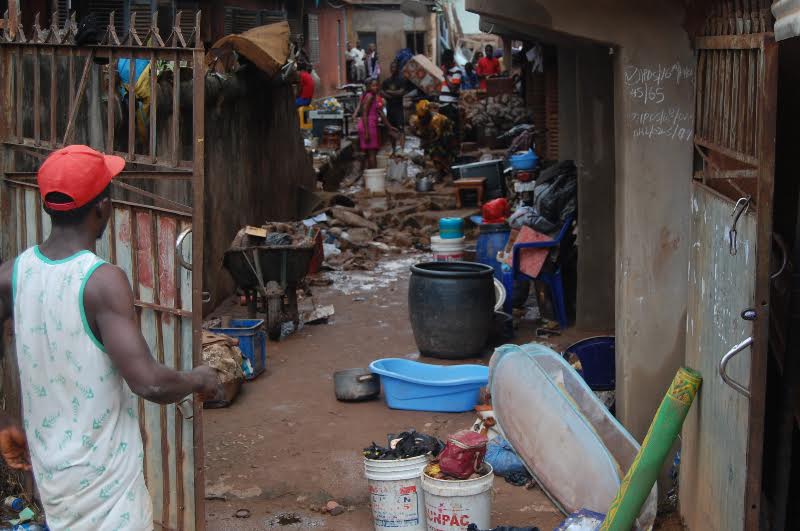 Iyi-Udele River that runs at the middle of the town was flooded and all the buildings even 30 metres from the river bank were flooded leading to some walls and buildings almost caving in to the tidal wave.

Some new generation churches located at the bank of the River close to Water Works Road, were also affected.

Also, owners of shops and residential houses at Ogboaga road, Iyiokwu avenue, Onwe road and Hilltop Avenue lost properties worth millions of naira to the flood.

Governor David Umahi, who visited some of the affected areas described the incident as horrendous and directed that all structures blocking water channels be pulled down and drains be properly cleared.

The governor later directed the state Emergency Management Agency to compile the list of the victims and send same to him before midnight. He sympathised with the victims.

Inspecting the damage on Udensi Street, Governor Umahi advised the management of the Gospel Life Church to relocate to another place, saying he would pay their rent for one year.

One of the victims, John Uguru, said his family would have been wiped out by the flood but for intervention of his neighbourswho woke them up.

He said, ‘’We were in deep sleep when we were alerted of the flood. Before we could woke up, everywhere have been submerged in water.

‘’Infact, I have to smuggle my children out of our compound. We were lying on top of water and our sleeping mattresses were soaked with water.

‘’You can see that our lifelihood have been destroyed by flood. We want government to assist us because the damage is enormous.’’

The latest downpour is the second in one month that the state is facing similar challenge.The first affected five villages in Ivo Local Government Area.