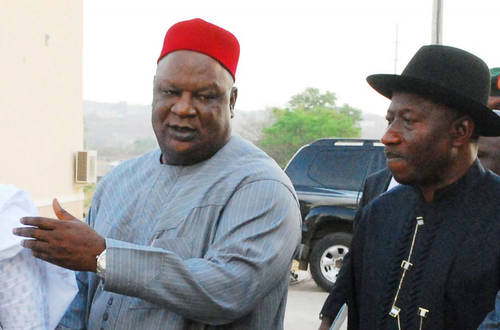 The Economic and Financial Crimes Commission (EFCC) has confirmed the arrest of former secretary to the government of the federation (SGF), Anyim Pius Anyim.

Wilson Uwujaren, spokesman of the commission, told NAN on Friday that Anyim was being held over an “ongoing investigation”.

However recently sacked SGF Babachir Lawal involved in the infamous “Grasscutter” embezzlement scandal is yet to be arrested by the Crimes unit.

NAN reports that Uwujaren did not give further details on Anyim’s arrest.

He served as SGF under the administration of former President Goodluck Jonathan.