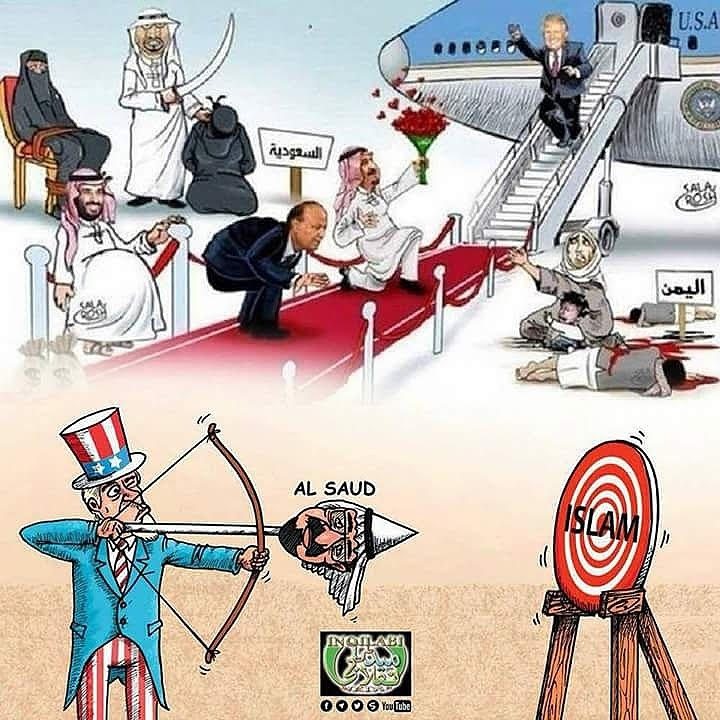 In the world there are 2 countries officially ruled by the Western-backed evil ideology of #Wahhabism:Saudi & Qatar

In #Syria the Saudi regime is backing #ISIS while Qatar is backing #AlQaeda (Nusra Front). These 2 groups murdered more than 200,000 Syrians

And as #Churchill said Wahhabis are bloodthirsty & intolerant, these two Wahhabi terrorist groups are fighting against each other in #Syria

#Qatar opposed this evil agenda of US President @realDonaldTrump that was meant 2 trigger a Sunni Vs Shia war. What d West is desperate for.

Today there is a notorious Islamophobe in the White House and a brainless idiot @realDonaldTrump who desperately want Sunni Vs Shia war.

Qatari leaders must understand that US President @realDonaldTrump is behind all the Saudi-led hostile move against it. Saudi is just a front

Western imperialism led by @realDonaldTrump will attempt military coup in Qatar. This is their next move as US control the Qatar military.

Having division in the rank of the enemy is a welcome development to us. US President @realDonaldTrump is a sworn enemy of Islam & Muslims.