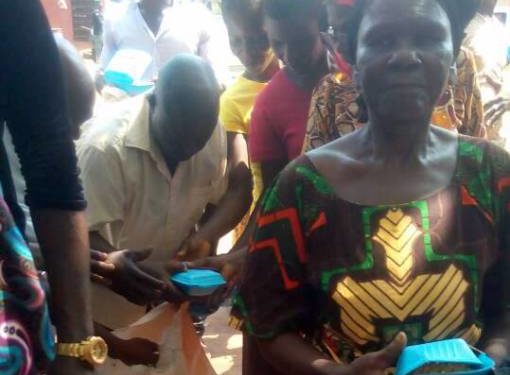 There was a low turn out of voters during the governorship election that was held in Anambra State on Saturday.

The election which was held in all the 21 Local Government Areas of the state was held amidst tight security.

Many eligible voters were sighted sitting at the front of their houses refusing to come out to exercise their franchise.

Some of them opened their shops and stores during the weekend exercise to make quick sales and businesses.

Sahara Reporters correspondents who are monitoring the election reported that accreditation and voting exercise did not commence early.

The weekend governorship election was scheduled to commence at 8 am but did not start until 10:30 am in many of the polling units.

One of our correspondents observed that the delay in the exercise was caused by the late arrival of voting materials at the distribution centers.

Earlier, some members of the National Youths Service Corps (NYSC) serving as ad hoc staff had complained over the shortage of vehicles.

Some of them who spoke at the St. Mary Catholic Church, in Agulari at Anambra East Local Government Area of the state put the blame on the poor arrangement with the commercial transport owners.

One of them, Blessing Ifenwa said they were stranded as a result of the shortage of the vehicles that would convey them to the polling units.

“Right now, we are stranded because the vehicles provided to transport us to the venue of the polling units are not enough for us,” she said.

The corp members were seen with some policemen struggling to get vehicles to the polling units where the election was to hold.

Meanwhile, there was also tight security during the weekend exercise in most of the polling units that were visited.

Some soldiers were sighted at the main road and outskirts of most of the towns carrying out stop and search on some of the vehicles conveying election material.

Ali Janga, the Commissioner for Police in Kogi state who was also deployed to provide security formations for the poll said the election was peaceful. 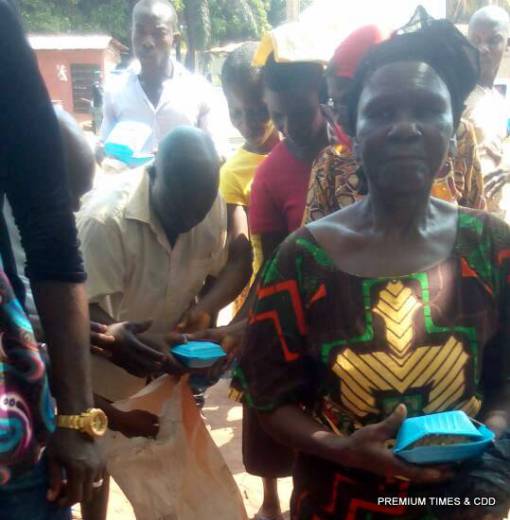 Mr. Janga who spoke with journalists at Anumudu-Okpopo in Onitsha noted that there was no arrest or record of violence at the time of monitoring the exercise.

During the weekend exercise, there were wide reported cases of political agents inducing voters to cast their votes for a particular candidate.

Some thugs were also seen moving in and around polling units in dark tainted vehicles and Hilux vans trying to harass few voters sighted on the queue.

Harry Putkera, an international observer from the embassy of Netherlands said that the members of his team were in Anambra State to monitor the ongoing exercise.

Mr. Putkere said the team moved around the state and was yet to get any record of a pocket of violence in the election.

He also commended INEC for ensuring the smooth conduct of the exercise in all the local government areas of the state.

Willie Obiano, the incumbent governor of the state voted around 10:19 am at Eri Primary school, Unit 004, Otuocha in Anambra East Local Government Area.

Mr. Obiano who arrived the polling unit in the company of security officials could not immediately cast his vote as the Smart Readers failed to detect his fingertips.

Mr. Obaze who voted at exactly 1:40 pm said he has been monitoring the election by getting feedback from his agents.

He also expressed sadness at the low turn out of voters during the weekend exercise.

“There is voters’ low turn out in the city because people might have traveled to their villages,” he said.

The opposition PDP candidate denied allegations of “voting buying” by his party in some of the local government areas that were visited.

However, sorting and counting of ballot paper result have commenced in many of the polling units as at the time of filing this report.

13 SANs’ Defense Is Only Difference Between ...