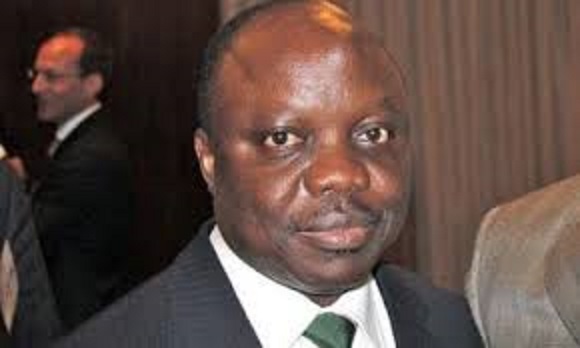 Call Delta State a finished State and one may not be wrong; call it a financial broke State and the nail have just been hit in the head. While electioneering campaign takes place around the state by the three guber aspirants, namely Ifeanyi Okowa of the Peoples Democratic Party (PDP), O’tega Emerhor of the All Progressive Congress (APC) and Great Ovedje Ogboru of the Labor Party (LP), what they don’t know is that should any of them emerge as the governor of the state come February 28th 2015, he should be ready to use the next four years in servicing debts owed by the current government, while also counting the loss of properties formerly owned by the state.

Exclusive documents with File No.F.101l T12111 obtained by this reporter revealed that two properties belonging to the state has been penciled down for sale and unless the people cry out to stop this, the properties are gone for good. According to the document in possession which was written to the Governor by Kenneth Okpara, Commissioner for Finance on January 2015, but approved for sale on 2nd February 2014 during the State Executive Council meeting (SEC); it was ratified by His Excellency, Governor Emmanuel Uduaghan for the approval of the sales of Delta State Government Investment in Guaranteed Consolidated Notes, Midwestern Oil and Gas Limited, Transcorp Ughelli Power Limited.

This companies owned by Deltans according to the documents was purchased by Messrs BGL Limited, the State Investment Adviser on behalf of the Government with value currently valued at over one billion Naira (N1, 811,678,696. 73). The exact value of the State investment in MOGCL is put at N7.84 billion for 20% or 10 million shares of the company’s equity which is the equivalent value at $218 million or N39.24 billion.

In a clear financial miscalculation, considering the current knowledge that a dollar is now over N200, the Delta State Government lied that the 5 million shares proposed for sale is expected to yield $21.8 million or N3,294,000.00 at an EXCHANGE RATE OF N180 to the DOLLAR, while Transcorp Ughelli when sold eventually to yet to be identified bidders, which political analysts believes will be bought by the governor’s cronies will bring an expected value of not less than N2 billion, whereas the State invested N1.384 billion in the project. The calculation of being unsure therefore means that the government is not sure of the exact value it will bring to the state coffer.

During the SEC meeting, the council attention was drawn to Governor Uduaghan approval to realize part of her investments through the liquidation of the Guaranteed Consolidated Notes held by Ministry of Finance Incorporated (MOPI) and divestment of MOFI’s holding in two unquoted companies. It was gathered that in Mid Western Oil and Gas Company Limited (MOGCL), 50% or 5 million shares of Delta State Government holding remains outstanding, while in Transcorp Ughelli Power Limited (TUPL), 1000 of Government Holdings are outstanding.

A brief look into the document states that the government invested in these projects with the prospect of receiving regular and significant annual dividend as well as realizing any accrued capital gains should the need arise. In an unclear and deceitful manner, the State Government still believes that “these investments have, to a large extent, satisfied the objectives as the promissory notes have yielded interest of 15% percent per annum since the investment was made, while Midwestern Oil & Gas Limited has consistently paid dividend and appreciated in value ‘over the years. Transcorp has also appreciated in value in the short period the investment was made

Speaking at the SEC meeting from the documents, Governor Uduaghan stated that the sales of these investments is expected to generate a projected sum of N7,735,678,696.73, subject to final agreement with the relevant purchasers at the time of finalizing the transactions. Given the technical nature of the sales, it is also proposed that the services of Transaction Adviser(s), be engaged to assist the state to determine the final market value of the investment in MOGCL and TUPL.

And here comes the shocker of selling the commonwealth of the State; it will not be put into the State treasury to enable incoming government work with BUT it will “enable the State Government, meet some outstanding financial commitments”.

These sales have been deemed completed by the stated government, only awaiting the engagement of Transaction Adviser(s) to assist the State Government in the disposal of the Shares in Midwestern Oil & Gas Company Limited and Transcorp Ughelli Power Limited.

This action is coming barely few weeks after N55 billion was borrowed by the State Government for yet to be identified purposes, and with this current decision to sell away the State hard earned feasible investments, there are worries on why the governor will not simply leave in peace and allow his successor sell it if he wants or utilize them for the benefits of Deltans. Barely six months ago, the multi billion Naira Delta House in Lagos was also sold to one of his known cronies in government, who now seeks an elective position.