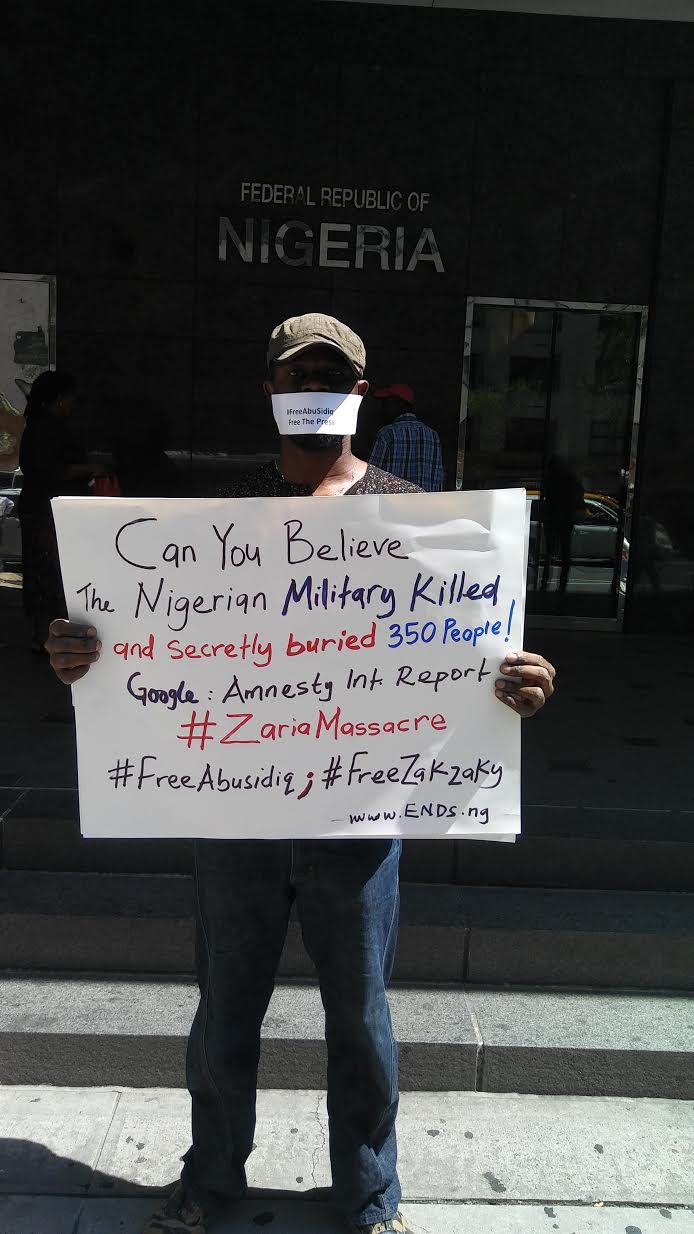 As Nigerians and the world at large clamor for definitive change in the oppressed and impoverished, resource-blessed and most populous black nation, the possible pathways out of the current impasse must be considered.

It has taken a long time to get to this point. The people have been rather patient through unspeakable suffering. Nigeria has one of the world’s worst records of policing and security services brutality. In June of 2018, we carried protests for police reform to the force’s headquarters in Abuja and met with the chiefs of police to demand change. [See: https://youtu.be/lBiMCqU4ipU ] Despite their promises to reform, things only got worse and the country appeared to operate under various, rather reckless, independent and limitlessly impune heads of service, with no central control from a rather lifeless Presidency.

Described as absent in essence, the notably lame, aged Nigerian president, Muhammadu Buhari who has spent a good part of his tenure on medical leaves in the United Kingdom for undisclosed ailments, has not yet addressed the agitated people or the protests. Two weeks of peaceful #EndSARS protests have culminated in an escalation, with numbers of youth being killed, drawing global attention, with official rebuke from the United Nations and United States.

What begun as peaceful protests to end police brutality and reform the notably atrocious, dysfunctional and dilapidated security establishments of Nigeria, has quickly morphed into a violent and incendiary revolution.

How Does a Revolution End?

A popular uprising or revolution can only end in one way – by military takeover. It is impossible for the masses to seize power themselves from those at the helm. The 2018-2019 Sudanese protests were followed by a Military coup d’état and on the 11th of April 2019, a “Transitional Military Council” was set up to coordinate transfer of power.

Nigeria Brave Soldier Speak Up against the Massacre.

He may loose his job or even his life but he and his word will remain forever in our heart.????✊#LekkiMassacre #EndSARS

The protests which started on June 5th, 2020 in Mali, ended with a Mutiny in the nation’s military and on August 18th after 11 deaths from the protests, soldiers detained several government officials including the President Ibrahim Boubacar Keïta who was forced to resign and dissolve the government. Celebrations rocked the streets of Mali after the ouster of the “corrupt” civilian government by Colonel Assimi’s military forces.

The outcome of Nigeria’s current uprising is impossible to predict, but one can only pray for the best but prepare for the worst. The faster there is a total resolution, the better for all.

God save the people.