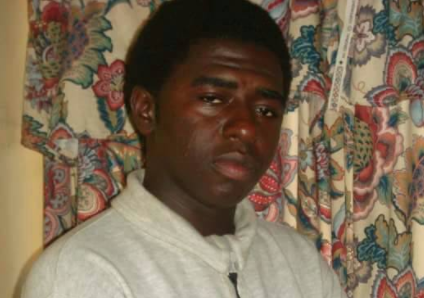 Human right group, Socio-Economic Rights and Accountability Project (SERAP), has sent an urgent appeal to four UN special rapporteurs drawing their attention to “the arbitrary arrest and detention of anti-corruption defender Moses Motoni, and urging them to use their “mandates to prevail on the Nigerian government and Nigeria police to immediately and unconditionally release him.”

In the urgent appeal dated 6 December 2017 and signed by SERAP deputy director Timothy Adewale the organization said: “We are seriously concerned that Mr Motoni is at risk of torture and other forms of ill-treatment in detention. We consider his arrest and detention to be arbitrary, in contravention of Nigerian Constitution of 1999 (as amended) and Nigeria’s international and regional human rights obligations including the International Covenant on Civil and Political Rights, the African Charter on Human and Peoples’ Rights, and UN Convention against Torture and Other Cruel, Inhuman or Degrading Treatment or Punishment. Nigeria has ratified these human rights treaties.”

The organization said that, “Motoni’s detention is also entirely inconsistent with the criteria adopted by the UN Working Group on Arbitrary Detention. Nigerian authorities are obligated to respect and protect the right to liberty. Specifically, article 9(1) of the International Covenant on Civil and Political Rights provides: “Everyone has the right to liberty and security of person. No one shall be subjected to arbitrary arrest or detention. No one shall be deprived of his liberty except on such grounds and in accordance with such procedure as are established by law.”

The urgent appeal read in part: “Nigerian authorities are obligated to ensure that individuals are not deprived of their liberty unlawfully or arbitrarily, and to safeguard detainees against other forms of abuse. Motoni’s arrest and detention has contributed to the violations of his other human rights particularly his rights to freedom of expression, association, and to be treated with humanity and dignity, and not to be subjected to torture or other cruel, inhuman or degrading treatment or punishment.”

“We are also concerned that Motoni’s arrest may have been undertaken in response to his exercise of his rights as a human rights and anti-corruption defender. We note that under the UN Declaration on the Right and Responsibility of Individuals, Groups and Organs of Society to Promote and Protect Universally Recognized Human Rights and Fundamental Freedoms (Declaration on Human Rights Defenders) Nigeria has a responsibility to protect and facilitate the work of human rights and anticorruption defenders, not curtail it.”

“Mr. Motoni is a human rights and anti-corruption defender who has peacefully exercised his right to freedom of expression to advocate for the rights of others, and sensitise the citizens on budgets.”

“According to our information, Moses Motoni, a project tracking official at BudgIT Nigeria, one of Nigeria’s leading anti-corruption NGOs is currently in the detention of the Special Anti-Robbery Squad (SARS) for an offense not known to him.”

“Motoni has so far been denied bail and is being held in incommunicado detention, as the police has barred anyone from seeing him by ordering officers at the security post to either send away or detain anybody who came looking for him. Motoni was arrested in Kaduna State by some unidentified SARS personnel who disguised as delivery men from DHL Nigeria, and taken to Metro police station, Enugu road, Kaduna for doing his work in Niger state His arrest was ordered by lawmakers for sensitizing citizens on the budget in Niger State.”

2.Put pressure on the Federal Government of Nigeria and Nigeria police to respect the right to liberty of Mr Motoni and end his continuing arbitrary detention;

3.Ask the Federal Government of Nigeria and Nigeria police to treat Mr Motoni humanely and allow him access to his family, friends and lawyers while in detention

4.Ask the Federal Government of Nigeria and Nigeria police to promptly, thoroughly, impartially and transparently investigate the circumstances surrounding the arbitrary detention of Mr Motoni, and to bring anyone that is found to be responsible to justice as well as provide adequate compensation to him, and publicly guarantee non-repetition.