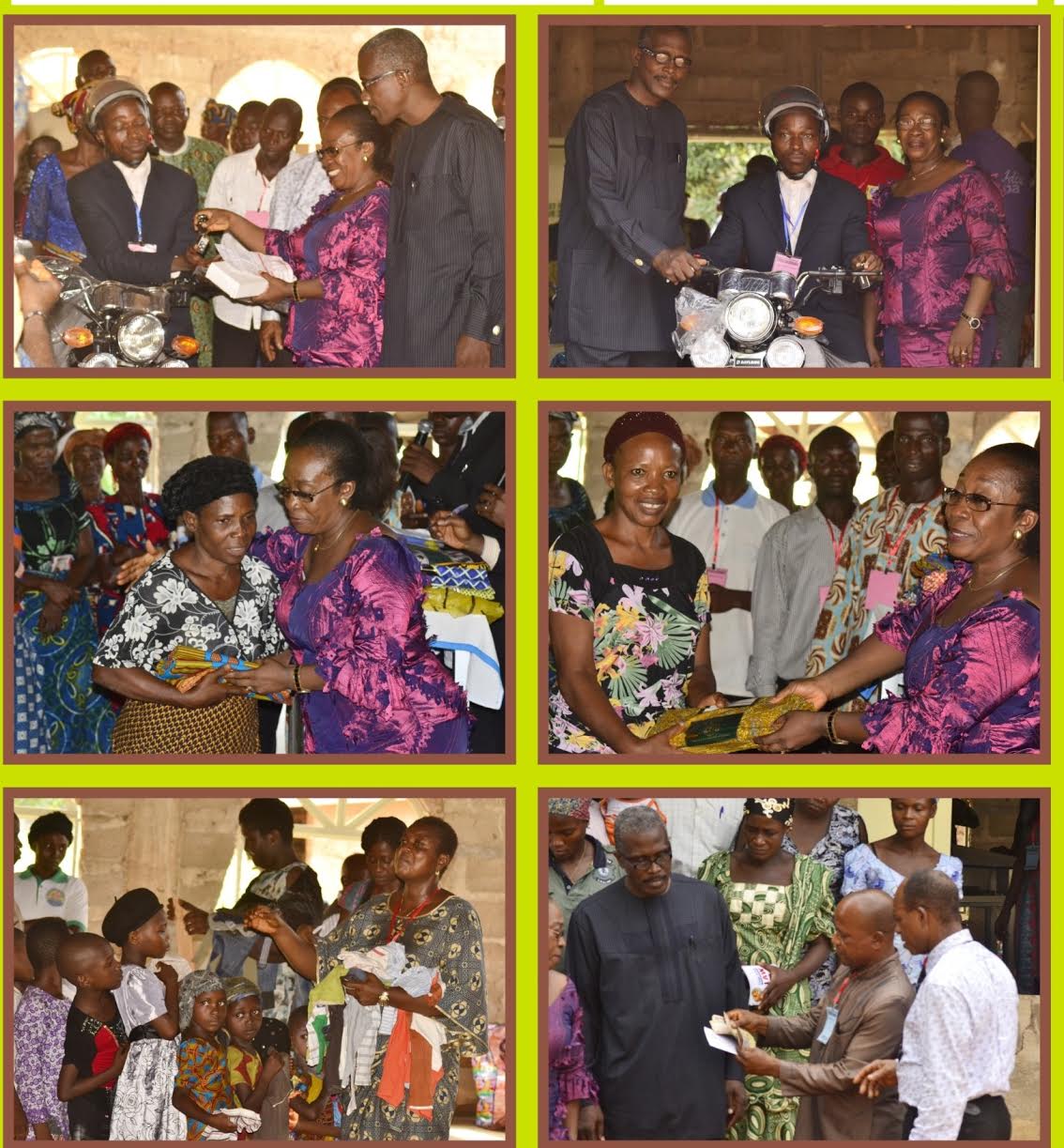 An Enugu based pastor, Rev Kanayo Madichie has continued in the rehabilitation of abandoned widows of fellow pastors cutting across many denominations with in ‘Operation Barnabas’ anchored through Jaykobez International Foundation.

This philanthropist ministry has taken the pastor to various villages in Enugu and Ebonyi states where he and his supportive Nigerian partners doled cash and materials to widows of pastors, indigent pastors and committed members from various congregations.

‘Operation Barnabas’, the name given to the Pastor’s Widows Support Initiative, started in February 2014 in Agbani, Nkanu East Council of Enugu State where about 75 persons were in attendance. In addition to other gift items, five pastor’s widows were given money to start petty businesses.

In October of the same year, Operation Barnabas moved to Ikwo in Ebonyi State. Over 350 persons attended and some pastor’s wives were given money to start businesses. Gift items shared included GSM phones, Study Bibles and Sewing Machines.

Operation Barnabas held also in Eha-Amufu Council of Enugu State in November, 2014 with attendance of 125 and as usual gifts and money was distributed to widows of pastors.

In June 4th, 2016, ‘Operation Barnabas’ was held in Awgu-Aninri Local Council, precisely at Battle Axe Bible Church, Awgu, with all the blocks of Christian Association of Nigeria well represented and with 212 persons in attendance. Rev Samuel Nwafor and Rev Ralph Igwe delivered talks during the event before distribution of items begun. Elated by the event,Pastor Kenneth Okoli, Chairman of CAN,Nkanu East asked other pastors to emulate the footsteps of Jaykobez Foundation.

Operation Barnabas will hold a crusade in Awgbu Town in Anambra State with believers of the community from the 28th to 39th of December, 2016. They also intend to hold a Christmas Charity Party for inmates of City of Refuge Therapeutic and Rehab Home, Udi Siding, Enugu and simultaneously at Nike Centre for the Disabled, Emene-Enugu on the 23rd of December, 2016. ‘Operation Barnabas’ had annually assisted these two aforementioned abandoned rehabilitation homes annually and in March 2016, provided sets of musical equipments to the inmates of City of Refuge Rehab, Udi siding.

Operation Barnabas was a product of divine vision as given to the vision bearer, Rev Kanayo Madichie in May 2013, God spoke to him and said “My servants are abandoned and neglected; Many that are transferred to the rural areas feel it is on punitive grounds. They have very low esteem and as a result cannot minister effectively” He was then mandated to start ‘Operation Barnabas’ as a means of rehabilitating, encouraging and reviving pastors in the rural areas as well as act as support to their widows in order for the ministry not to turn to reproach.

Rev KK Madichie told the Rev Obinna Akukwe,led leadership of Igbo Mandate Congress during a courtesy visit in Enugu recently, that “the state of abandonment of rural pastors and their wives is such that their lives have become a reproach, and it is high time our leaders in all denominations extends their hands of assistance to these ones” Rev Madichie also explained that during their outreaches, there are seminars from resource persons on how rural pastors or their widows can utilize opportunities to make ends meet.

The Director General of Igbo Mandate Congress, Rev Obinna Akukwe, commended the ‘Operation Barnabas’ initiative of Jaykobez Foundation and accused fellow gospel ministers of cornering God’s resources to their private pocket . Rev Akukwe urged all igbos to support this move from God to assist rural pastors , their widows and impoverished families before the wrath of God falls on their greedy mentality. 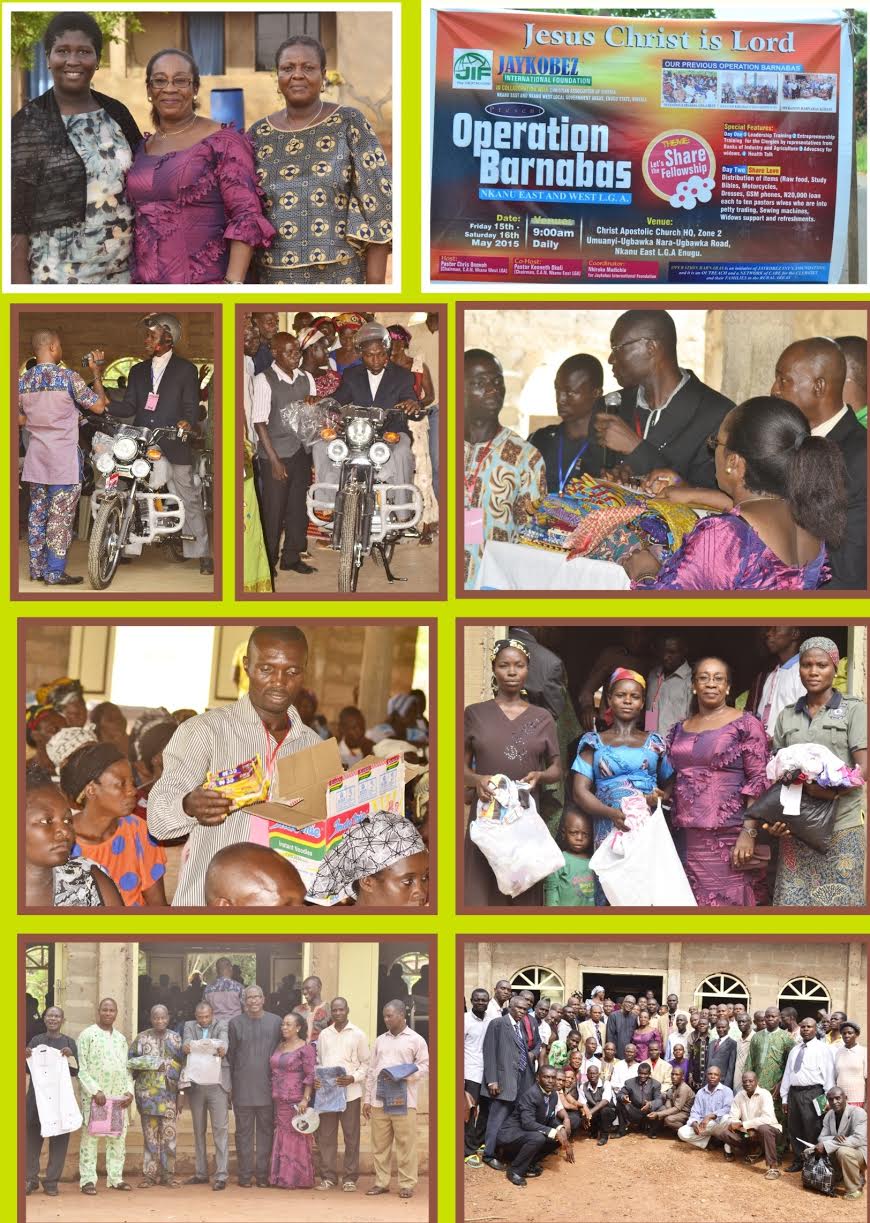