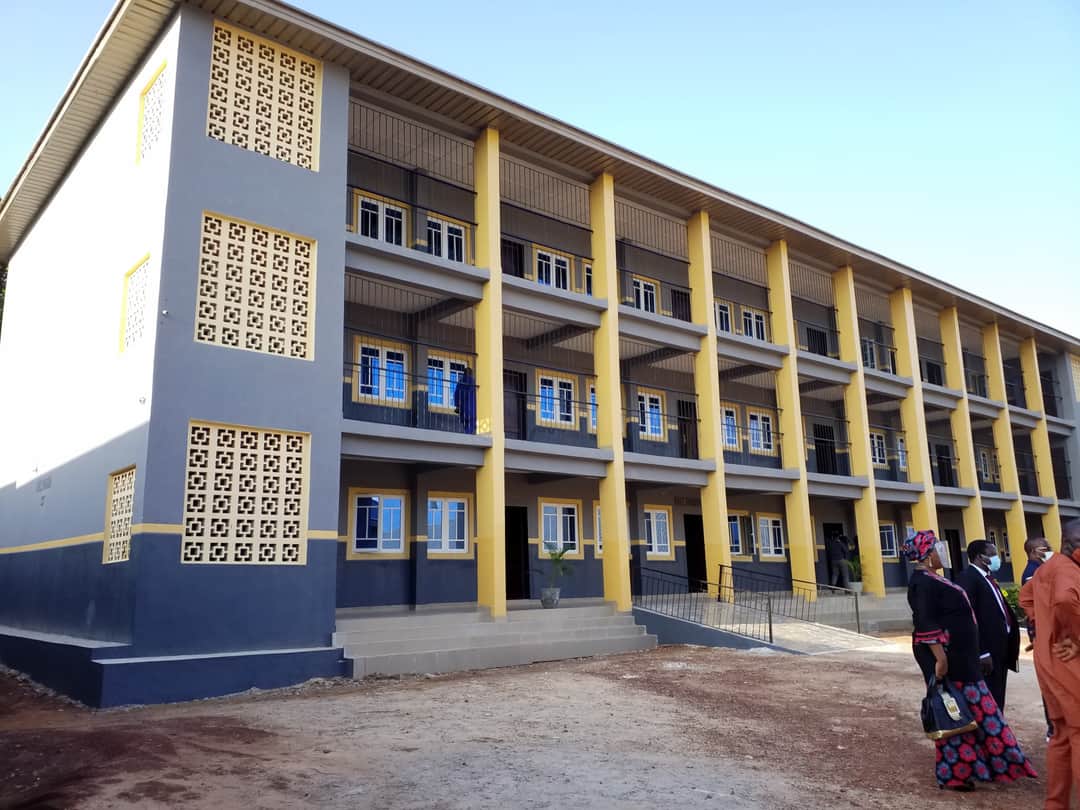 Enugu State got recently recognized in the National news as one of the top six states of the Nigerian Federation surviving on its internally generated revenue. This news sparked off debates among people from resident citizens to political stakeholders and diaspora communities straddling the fence in either support or opposition

The management of funding in Nigerian states is an ongoing uphill task, as evidenced by the low number of 6 out of 36 states that survive without the monthly federal allocation and reflects a major achievement by the Enugu State government.

This feat is due to the combined efforts of the leaders who have shown consistency in pushing and prioritizing top policies that positively affect the state both in real-time and future long term.

In Enugu State, Governor Ifeanyi Ugwuanyi popularly addressed by the moniker, GburuGburu is the third democratically elected governor since 1999 who came into power in the 2015 general elections, after he defeated competitors to emerge as the winner.

He was sworn into power to succeed Governor Sullivan Chime on the 29th of May 2015 at the Michael Okpara Square, Enugu.

On resumption of duty, he instituted his cabinet and members of the current administration. Subsequently, they continue working to grow and build the state with a special focus on rural development and the execution of feasible policies.

In addressing the varied policies of the Enugu State government that strives to impact all the sectors of the state ranging from education, business, and security among others. From the court of public opinion, these policies rank on different levels of effectiveness with positive and negative responses. We explore the verifiable facts on ground.

As earlier mentioned, the policies of the state government have been varied and cover most sectors of the state’s economy. The most important of these policies which are highlighted below are those that have positively impacted the standard of living and quality of life for Enugu State’s residents and indigenes.

One wonderful aspect of the democratic government since 1999 is its continuous focus on human capital development with the policies on:

The most important policy that shows governance focus is its provision of affordable and quality education for the children and youth populations. “Education is a weapon through which people can become better or fight subjugation” – Nelson Mandela.

The Enugu State Government is continually funding, expanding and improving access to quality education. By making basic education relatively free and affordable, the state literacy rate has risen to nearly 89%.

Furthermore, the government of Ugwuanyi, in a bold and unprecedented move to close out competence gaps, also employed an additional 2000 teachers who were posted largely to rural areas.

The consistent payment of teachers’ salaries, building new classrooms, provision of numerous school supplies, students’ scholarships and staff training are among some of the ongoing measures been driven by the government to improve literary levels within just the Basic Education level. Complementary efforts in secondary, tertiary and adult education levels would be examined in the future.

The ease of doing business in Enugu is another aspect that has borne fruition due to efforts by the current administration. The Ugwuanyi led government has fully improved the available resources and facilities that help establish businesses. With Enugu State’s huge available workforce that allows interested parties to tap into available markets. For instance, ICT which holds more than 20% of the world market share and is currently the largest biggest sector worldwide has risen in Enugu with organizations like the Genesys Tech Hub and TechX Innovation Hub who have set up headquarters in the state to train skilled software developers and programmers with support from the government.

The government also established the SME center that connects young people and small-scale businesses to entrepreneurial opportunities. This center provides loans at minimal rates to small scale businesses and conducts training for skilled and unskilled participants interested in setting up businesses.

This focus on business drivers for the state is sure to yield positive results as these SME startups begin to set up, grow and expand in the future.

Despite the set governance limitations in not getting directly involved in the establishment and running of industries, the Enugu government seems to have largely focused on creating a more secure and business-friendly environment to encourage private-sector investments.

Youth unemployment in Nigeria has reached crisis proportions and Enugu is also affected by this national issue. Although the resident youths are vibrant, skilled and intelligent, too many remain unemployed or under-employed and poses a challenge for the government. This crisis is being managed with targeted collaborative efforts to provide skill acquisition programs as well as offering business aid to young entrepreneurs. This is evidenced by the over 400 traders who are beneficiaries of the popular Ugwuanyi market traders’ initiative, promos and grants.

The health status in Nigeria is another area of national crisis and this has been brought to light with the ongoing COVID 19 pandemic. At the State level, Enugu is better suited in comparison to neighbouring states in the South East region in the management of health care with reports of coordinated efforts by the government in managing the pandemic.

Under primary and tertiary health care, there are over 360 primary health care centres, 35 cottage hospitals, several district hospitals, and this is topped with the State university teaching hospital, Parklane.

The current government has consolidated on the achievements of the past governments by building new clinics and hospitals alongside improving health infrastructures for existing ones.

The government continues to prioritize the health system of the state to meet the needs and demands of public healthcare which takes a huge chunk of the state’s funding and budget.

This support is further reflected through its offering of free antenatal care and treatment of children under 5 years and free treatment for special cases like HIV and Tuberculosis.

There are ongoing studies in academia on the impact of these health infrastructural developments in the health statistics of the state and these will likely be explored in the future.

“Good roads breed good development”. This oft-quoted phrase perfectly describes the status of roads within Enugu State. Considering the cost implications, yet building public roads is one major infrastructure that the state government continue to invest.

The efforts by the Ugwuanyi’s government in constructing roads that cover most parts of the state to connect rural and urban areas has been extensively extolled.

These roads have given the impacted rural communities a sense of belonging and pride in their state. With farming as the major occupation for most rural indigenes, the improved transportation routes ensure agricultural produce are less likely to perish. Thus food items are easily processed, effectively supplied and made accessible to the public at affordable market worthy prices without complications.

A cursory examination of the human interest perspectives will provide numerous anecdotal evidence as this focus on rural communities has strongly impacted the state’s agricultural industry growth.

The final aspect worthy of commendation is the management of security within the state. Across the years, successive governments have enacted policies and procedures that help boost the security levels in the state.

Recently, the government created the Enugu State Neighborhood Watch that works in tandem with community policing and this has reduced the crime rate in numerous communities.

Furthermore, with public outcry and complaints about herdsmen invasion of the state’s forests and farmlands, the Enugu State government created and continues to finance Forest Guards who help police the state’s lands and their efforts have helped immensely.

Also, the government set up channels of communication through the aid of community stakeholders to foster bonds among the Hausa and Fulani migrants where they encourage self-monitoring in these communities to help security agencies fish out deviants who try to threaten the peace.

Finally, the Ugwuanyi’s government has constantly provided automobiles such as cars and trucks from local suppliers like the Innoson Group for the state security agencies to aid their monitoring and safety measures.

Despite these highlighted good policies being driven by this administration, it is not without criticism.

As this administration focuses on improving Enugu State’s capacity, there are some decisions in need of execution to ensure consistent progress.

For instance, in their attempt to get effective government delivery to the people and manage public expectations, the state spends a large part of its funding in employing civil servants and managing political stakeholders. Too many people seem to be the government’s payroll.

Besides, constant acquisition of some non-essential items like cars for public convoys seems to take a toll on the state’s finances. The governor and other politicians need to reduce the number of cars in their convoys and stop buying more.

Lastly is the defensive way most of the government’s criticisms and decisions are handled. Too often, politicians with personal interests, who sometimes are in the same ruling party seem to constantly be on the attack.

Honest and constructive criticism is good for the development of the state, but malicious attacks without evidence seek to divide the state and create bad public opinion among the citizenry.

This distracts the people in government and can better be managed by sharing more stories, facts, figures and information of the collaborative efforts they take in reaching decisions that affect the public.

Adopting these suggestions will help all who are working towards the state’s peace, unity and development.