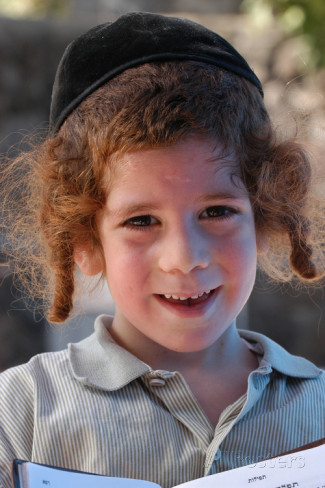 Anti-Semitism is an ancient disease. Surely, it is evil and poisonous, but also odd in the way that it doesn’t subside and continues down throughout the ages regardless of the changing circumstances.

Unsurprisingly, like other similar hateful views, it is irrational, divorced from the facts. It promotes an unconditional, ubiquitous hatred of Jews, asserting that every Jew in the world, including children and the elderly, are inherently evil. It demonizes Jews for being poor, for being rich, for being communists, for being capitalists, for keeping to themselves, for infiltrating everywhere and so on. In other words, the so-called reasons are self-contradictory, baseless but relentless.

This inhumane hatred and blind prejudice is very old and dates back to the Pharaohs who enslaved the Hebrews. Fearing that they might get too powerful, Pharaoh famously commanded every newborn Hebrew boy be thrown into the Nile. This brutal repression ultimately led to the mass departure of Israelites, described in the Hebrew Bible as the Exodus.

The pattern of fear leading to oppression continued throughout antiquity, at the hands of the Assyrians, the Babylonians and the Romans, who massacred and exiled Jews and destroyed their temples and cities.

In Medieval times, Jews were once again targeted and subjected to persecutions and expulsions throughout Europe. Throughout the Dark Ages, they were accused of a myriad of crimes, including the Black Death that wiped out half the European population, and the mythical ‘blood libel’.

Usually cast out from the rest of society, they were forced to live in the most miserable parts of the cities. For instance, in Venice, they had to live in the so-called gettares, which became the word we so easily recognize today, “ghettos”. The subsequent Spanish Inquisition served as a stark reminder to the world that the scourge would not end any time soon.

But the most notorious and bloody anti-Semitic attack was no doubt the Nazi atrocities of WWII in which six million Jews across Europe were brutally massacred.

The disturbing trend continues today. European countries, seemingly opposed to anti-Semitism, are teeming with practices that dangerously echo the deeds of their disgraceful past. In the year 2016, the streets of Europe can still ring with the appalling words; sale Juif—“dirty Jew”.

Harassment in public areas, offensive remarks and discriminatory behavior in social life and more appallingly, brutal assaults, are not unfamiliar sights in so-called civilized Europe. People often hear about the deadly anti-Semitic attacks in Toulouse, Brussels, Paris and Copenhagen, but little they know that when it is not that violent yet still pretty bad for the Jews. Such incidents don’t even make the news most of the time.

The hateful narrative reveals itself online as well. The reports show that there are more than 3,000 anti-Semitic websites.[i]

Such anti-Semitic sentiment is no doubt very common across the Islamic world, as well. Hostility, persecution and discrimination is a palpable reality in the region. For instance, a rabbi cannot even imagine walking around wearing his kippa in Egypt.

Even in Turkey, which can be considered the most welcoming Muslim country to Jews, anti-Semitism sometimes rears its ugly head. Just like some people use Christianity as false grounds for their anti-Semitism, gross misinterpretations of Islam combined with the venomous effect of the fabricated hadiths and narratives, made the situation even more difficult for the Jewish people in the Middle East.

And let’s not forget how nearly 1 million Jews that had been living in various Arab countries, were unfairly persecuted, and driven out of their homes after the foundation of the state of Israel, as yet another outcome of anti-Semitism.

Racism, or dislike towards a certain group of people, assuming that every member of that group is inherently evil is no doubt, immoral and quite bluntly, psychotic. Every human being is valuable and worthy of love no matter how different they might be from each other. There can be no reason whatsoever to feel aversion to a person merely for the reason of belonging to a specific ethnicity.

As to those who claim their anti-Semitism stems from the crimes of Israel, I would like to remind them of the concept of ‘individual criminal responsibility’. Needless to say, there are wrongdoers in every society but their individual actions cannot be attributed to the groups they belong to. That would be unfair and unacceptable.

It is possible to list a multitude of reasons that contribute to anti-Semitism. False interpretations of religion, propaganda, deep-running prejudices, indoctrination and false education are only some of those factors. However, they all remain secondary to the real problem: Loss of love and compassion.

Love, compassion, respect are the most profound notions that make us human and are indispensable building blocks of any healthy society. Regrettably, a majority of people seems to have forgotten this very important fact. It is against our nature that today our world is a scene of constant warfare and struggle.

As God explains in the Qur’an, we are created as different nations and tribes so that we can meet and know each other (Qur’an 49:13). We are created with our differences to bring color and richness to our world, and we are meant to compete in goodness.

[i] Manfred Gerstenfeld, interview with Rabbi Abraham Cooper, “Anti-Semitism and Terrorism on the Internet: New Threats,” Post-Holocaust and Anti-Semitism, No. 9, 1 June 2003.