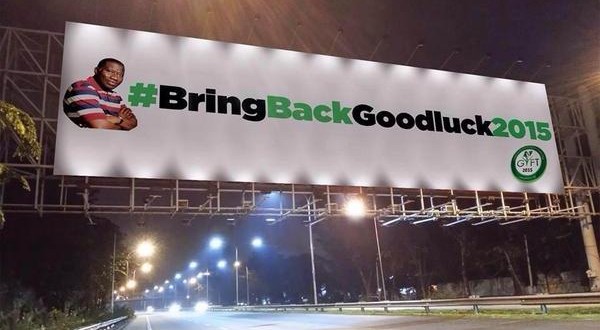 It is not enough that the Chibok Girls have been forgotten, they have now become the subject of mockery and ridicule amongst Nigerian politicians. First it was the former Governor of Oyo State, Alao Akala who had a variation of #BringBackOurGirls as his new campaign slogan. He called it #BringBackOurMan . See picture below. Most Nigerian politicians are known to be insensitive but their insensitivity has been taken several notches higher with the Chibok girls’ abduction. 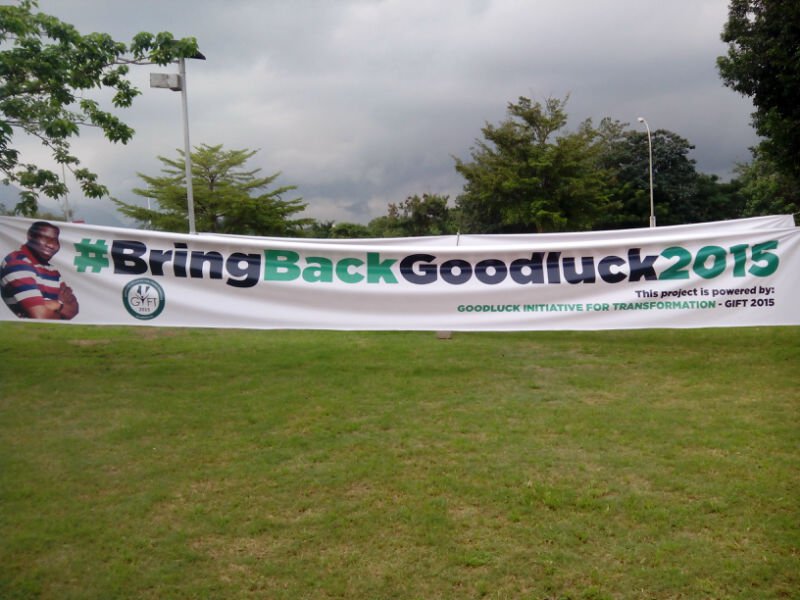 For a president who insisted a lot was being done to rescue the Chibok girls, whose aides and allies denied the abduction for several weeks, it appears his biggest contribution to the #BringBack cause will be the new campaign banners used off the Chibok Girls advocacy. The president’s variation is #BringBackOurGoodluck2015 . This will further convince those who believe nothing is being done to rescue the girls that indeed nothing is being done. It will be 150 days of the abduction of the girls in three days. Expect more politicians to jump on this bandwagon of Chibok girls mockery. 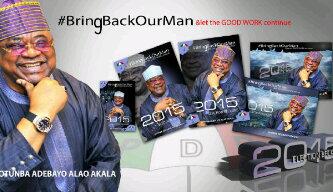