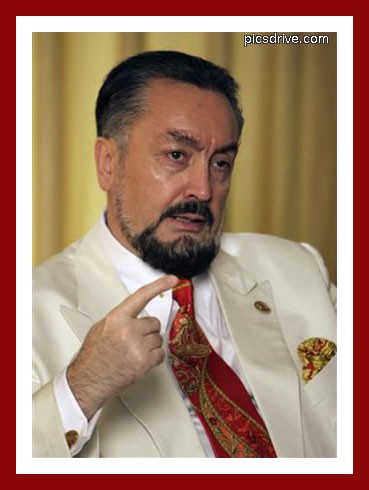 In his article in 2016, Harvard biologist Jack Szostak, a Nobel Prize winner, claimed that he had discovered a method that allows ribonucleic acid (RNA) to self-replicate.

This claim has been introduced as an answer to a very important question about the origin of life. However, only after a year, he was forced to retract his essay.

Szostak’s lab at Harvard University has been hard at work trying to find an answer to the origin of life for many years.

Of course, this research is not objective or unbiased; their efforts are based on the assumption that life emerged through coincidences on its own, that is, by so-called evolutionary mechanisms.

It is noteworthy to briefly explain why Szostak and many other scientists are desperately searching for the supposedly “self-replicating” RNA.

Evolutionists find themselves in a conundrum when they try to explain how the DNA molecule that contains the information of the proteins came into being in the first place.

Having failed to explain the complexity of DNA through coincidences, evolutionists sought new ways to explain it in the 1980s. Harvard chemist Walter Gilbert developed a scenario in 1986, claiming that billions of years ago, a self-replicating RNA molecule was somehow formed by itself.

He then claimed that this RNA molecule suddenly started to produce proteins with the help of environmental conditions. After that, he claimed, a need to keep this information on a second molecule arose, but he claimed the DNA molecule, nevertheless, managed to “form on its own”.

Like many evolutionists, Szostak believes that RNA was the first organic molecule to come into being. However, evolutionists need to show how RNA can replicate itself without other enzymes and proteins.

This is what Szostak’s lab was working on. They thought that if such a mechanism was found, the RNA’s ability to self-replicate would be confirmed, and that RNA could have formed through so-called evolution before DNA or proteins existed, which they hoped would provide a foundation for the evolutionist claims to the origin of life.

However, they never achieved this goal because neither RNA nor any part of the cell were products of coincidence.

The article that was published in Nature Chemistry in 2016 as a “discovery” that supported the theory of evolution, and that prompted Nobel prize winner Szostak, was about this “finding”.

However, post-doctoral researcher Tivoli Olsen from Szostak’s laboratory could not obtain the same results despite repeating the same experiments.

Not only was he unable to obtain the same results, Tivoli also saw that the previous results of the experiment had been misinterpreted.

Consequently, Szostak’s article was retracted. Szostak confessed that this “debacle” was “absolutely embarrassing” and continued:

“In retrospect, we were totally blinded by our belief (in our findings) — we were not as careful or rigorous as we should have been (and as Tivoli was) in interpreting these experiments.”

In fact, Szotsak’s sincere confession is quite significant.

The theory of evolution, which is not based on evidence, has been advocated for materialistic purposes because it was considered as the only way to deny the existence of a Creator.

Every scientific finding, from the moment they are discovered, has always been interpreted based on the theory of evolution by these people. As seen in Szotsak’s confession, their belief in evolution mars the objectivity of many scientists, causing them to misinterpret findings.

What is even more interesting is that how Szotsak’s words, which were aimed at those who believe in creation, actually described his own situation.

He said: “I think that belief systems based on faith are inherently dangerous, as they leave the believer susceptible to manipulation when scepticism and inquiries are discouraged.”

As can be seen, Szotsak’s words, in fact, quite accurately described people who blindly believe in the theory of evolution, even though there is no evidence to support it.

The well-known confession of Richard Lewontin, a geneticist and evolutionist from Harvard University, clearly describes this fact: “We have ‘a priori’ commitment, a commitment to materialism. It is not that the methods and institutions of science somehow compel us to accept a material explanation of the phenomenal world. On the contrary, that we are forced by our ‘a priori’ adherence to material causes to create an apparatus of investigation and a set of concepts that produce material explanations Moreover, that materialism is absolute, for we cannot allow a Divine Foot in the door.”

The coexistence of the “necessary substances”, “necessary environmental conditions” and “necessary interventions” in necessary amounts and in the right time, in an idle, purposeless, aimless, uncontrolled environment, where no knowledge and intelligence exists as evolutionists claim, is indeed impossible.

Even for the formation of a single RNA molecule, an intelligent, knowing and powerful Creator must exist.

This is a very clear and definite truth, a truth demonstrated by science. Any effort to prove otherwise are condemned to be “retracted”.