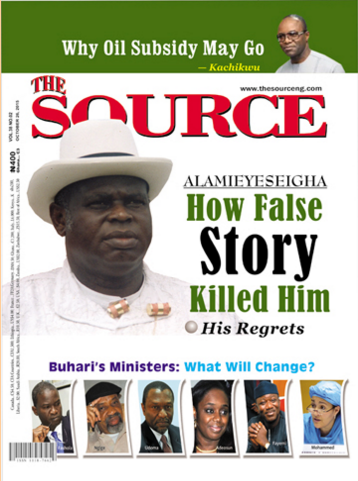 Following a clash between PremiumTimes and another editorial, “The Source,” we have investigated and confirmed that mischievous elements who recycled old stories and perhaps Alamieyeseigha’s stupidity led to his death as there was no fresh extradition request since 2013.

In a libelous statement, governor Fayose of Ekiti and certain Ijaw groups had accused the Buhari government of killing the former Bayelsa governor by “requesting the UK request his extradition.” This is however untrue as the latest revelations show.

It all started on October 3rd. a certain Jcflex at 7pm posted the 2013 PremiumTimes story of Britain requesting extradition of the Bayelsa governor. He put the 2013 link.

Later that same day, at about 11pm that night, another mischievous and unscrupulous fela, JingoOAU recycled the same 2013 PremiumTimes story of an extradition request on Nairaland; such was quite common during the Jonathan era of media manipulations and promoted lies.

In that chat on Nairaland people recognized it was a scam and Sunnyb0bo said,

“OP, you are clever by half. You copied an article from 2013 and deliberately removed the link so that people won’t see the date. 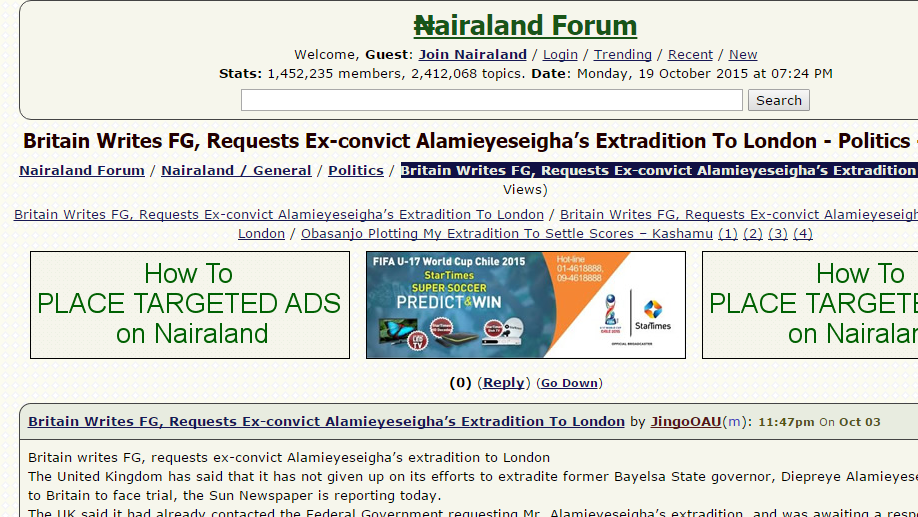 But the damage had been started.

Not long after, by October 4th, the story seen as a juicy one was getting bigger wings.

Nigeria Bulletin had its own version out captioned, “Money Laundering: United Kingdom Demands Alamieyeseigha’s Extradition.”  Former British High Commissioner to Nigeria, Andrew Pocock was still being mentioned in the stories at this point and Nigerian Bulletin referred to the Punch, though we could not find a version there to see what date it held and what it was talking about.

By this time a new addition was in the story with an Itse Sagay quote added. We are unable to verify where the purported statements attributed to the Chairman of the Presidential Advisory Committee on Corruption Itse Sagay originated from.

The Chairman of the Presidential Advisory Committee on Corruption, Professor Itse Sagay, was quoted as saying that the President Buhari-led government is prepared to assent to the request of the British Government.

He said that the United Kingdom has every legal right to demand for the extradition of the former Bayelsa State Governor.

“The UK is in principle correct to be making such a request based on the fact that the crime was committed on the British soil. However, when there is delay in trial as a result of time, there may be consideration on legal grounds so that the trial is not seen as oppressive,” he said. 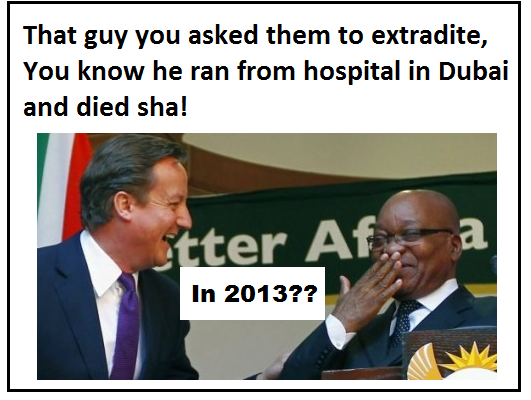 A longer version of the story in Channels was seen on JuicyGossip. We were unable to determine whose came first, however there was no evidence of any new extradition request in any authentic paper or UK source.

The damage was done, Alamieyeseigha got jumpy and perhaps stupid and bailed from his Dubai hospital bed to a Nigeria that his party had ruled for 16 years and kept from having any international standard hospitals perhaps. Alamieyeseigha died on October 10th, 7 days after the first story was made up on Nairaland.

Currently the Source magazine edited by Comfort Oni carelessly referred to PremiumTimes’ 2013 story and sort of accused the paper of being behind the deadly 2015 recycled version. And PremiumTimes kicked back angrily absolving themselves from being part of the two-year later recycle and accusing Comfort Oni of recklessness.

The mystery behind Alamieyeseigha’s death has been solved.