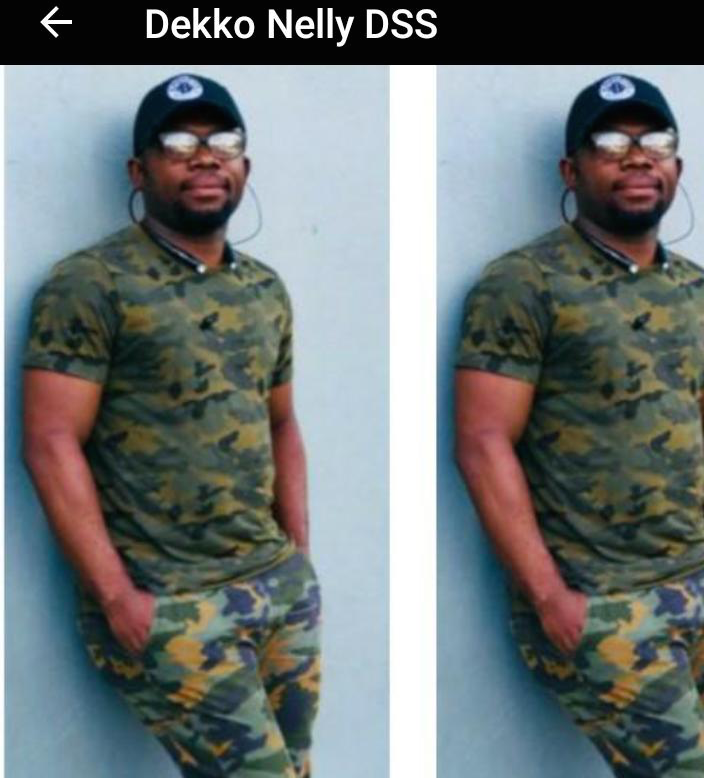 The identity of one of the SSS agent who was seen in videos attempting to kill human right advocate and New Jersey journalist, Omoyele Sowore, has been exposed.

The officer was exposed as the Nigerian presidency and ruling APC party attempted to spread HATE SPEECH and dangerous disinformation to the public that Omoyele Sowore, the victim rearrested by the service that day, “stage-managed” the armed attack on himself within the court premises.

The officer who strangled Sowore and brandished a gun in court is highlighted in some of the viral pictures circulating on social media platforms and has been ID’d as Dekko Nelly, aka “Marshal.”

Dekko Nelly is an officer obviously detailed by the SSS to always be with Sowore in the courtroom to monitor his movement and conduct whenever the matter comes up in court whilst other officers stay some metres away watching.