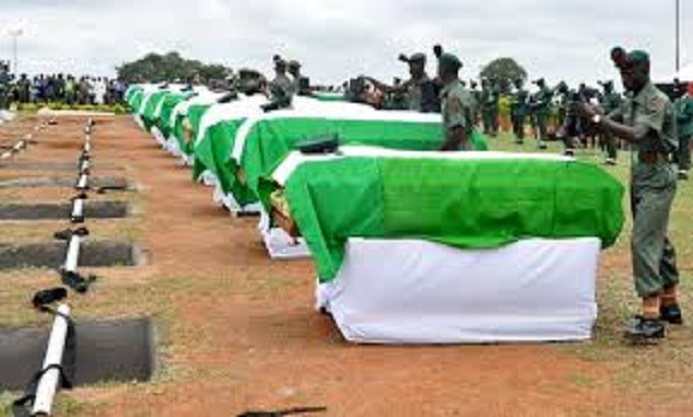 We would like to dedicated the upcoming general elections to thousands of dead and maimed soldiers of the Nigerian army and their family and friends. Over a thousand soldiers have been killed in the unnecessarily prolonged six year war against Boko Haram.

Ultimately the dead troops which include the Civilian-JTF, who have patriotically served and defended Nigeria as our soldiers in spite of little assistance from the government and absolutely zero acknowledgement from the federal government, are the main victims in the story of the failure of this democratic dispensation.

Our warriors had to fight and die for the failure and insatiable greed of our bloody civilians.

We dedicate this elections to their memories: 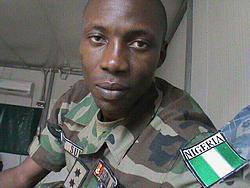 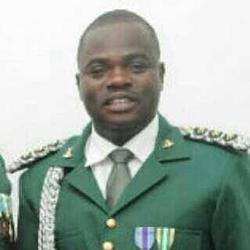 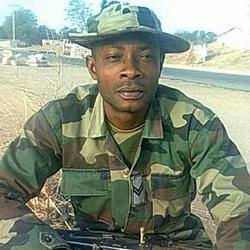 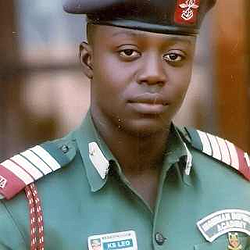 Captain U. A Aliyu

When Capt. Usman Aliyu was posted to Maiduguri sometime back, he decided to tell some members of his family and friends that he was posted to Gombe in order to keep their despair afar. Capt. Aliyu finally fell to the bullets of terrorists while defending Nigeria in the battlefield yesterday. 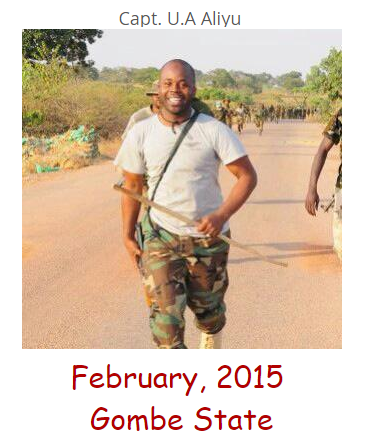 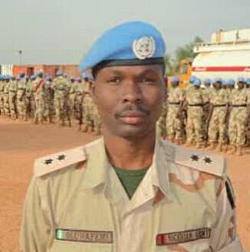 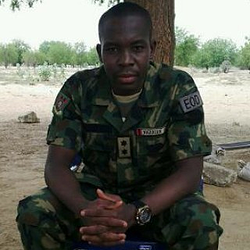 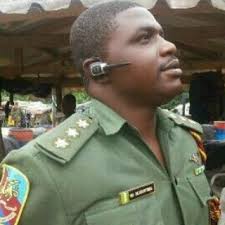 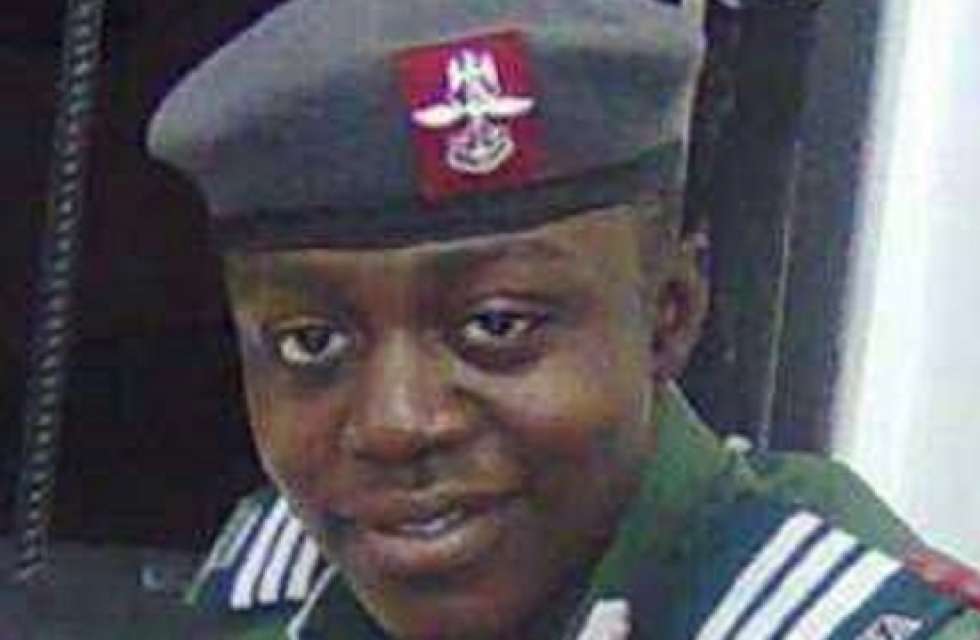 Killed in Chibok months to his wedding.

He was killed in early July 2014. The late Leo was set to marry on the 20th of August, 2014 in Kaduna, his state of origin. Reportedly a former student of ECWA Staff School in Jos, Plateau State, he left the Ahmadu Bello University in Zaria when he was a 2nd year student of history to attend the Nigerian Defence Academy (NDA).SK Leo was due to be married to Angela Gaiya on the 30th of August. His burial was on the 17th July, 2014.

He was from Ifite-Oraifite in Anambra State. He was killed in an ambush by Boko Haram in May 2014. 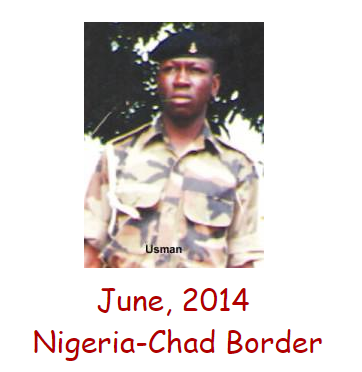 Usman was killed on the 18th of May, 2013 by Boko Haram at the Nigeria-Chad border. On the 8th of June, 2014, his mother, 55-year-old Mrs. Sarai Usman cried out that the Nigerian Federal Government has neglected them. The late Usman was aged 37 when he was killed and he left two children and a wife as at the time he was killed. The first child was aged three while the second one was six months. His wife was six months pregnant and he never saw his son before Boko Haram killed him.

The late Major Dalaky was killed in April 2013 in Yobe State. Popularly known as Major Dalaky amongst his friends and colleagues, he hailed from Gombe State. An old boy of the Nigerian Military School, NMS, Zaria, he was a member of the 50th Regular Course at the Nigerian Defence Academy (NDA), Kaduna State. He was survived by two children and his wife.  His family spoke out against any amnesty offer to the Boko Haram terrorists.

Boko Haram takes the life of Captain S.O ONI who just became a father few months ago as his wife delivers a bouncing baby girl. He was gunned down by the dreaded sect on Sunday in Maiduguri, Borno State. 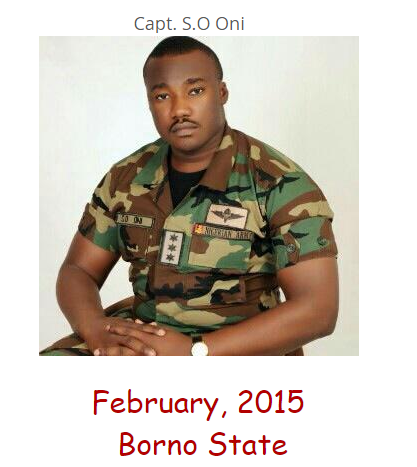 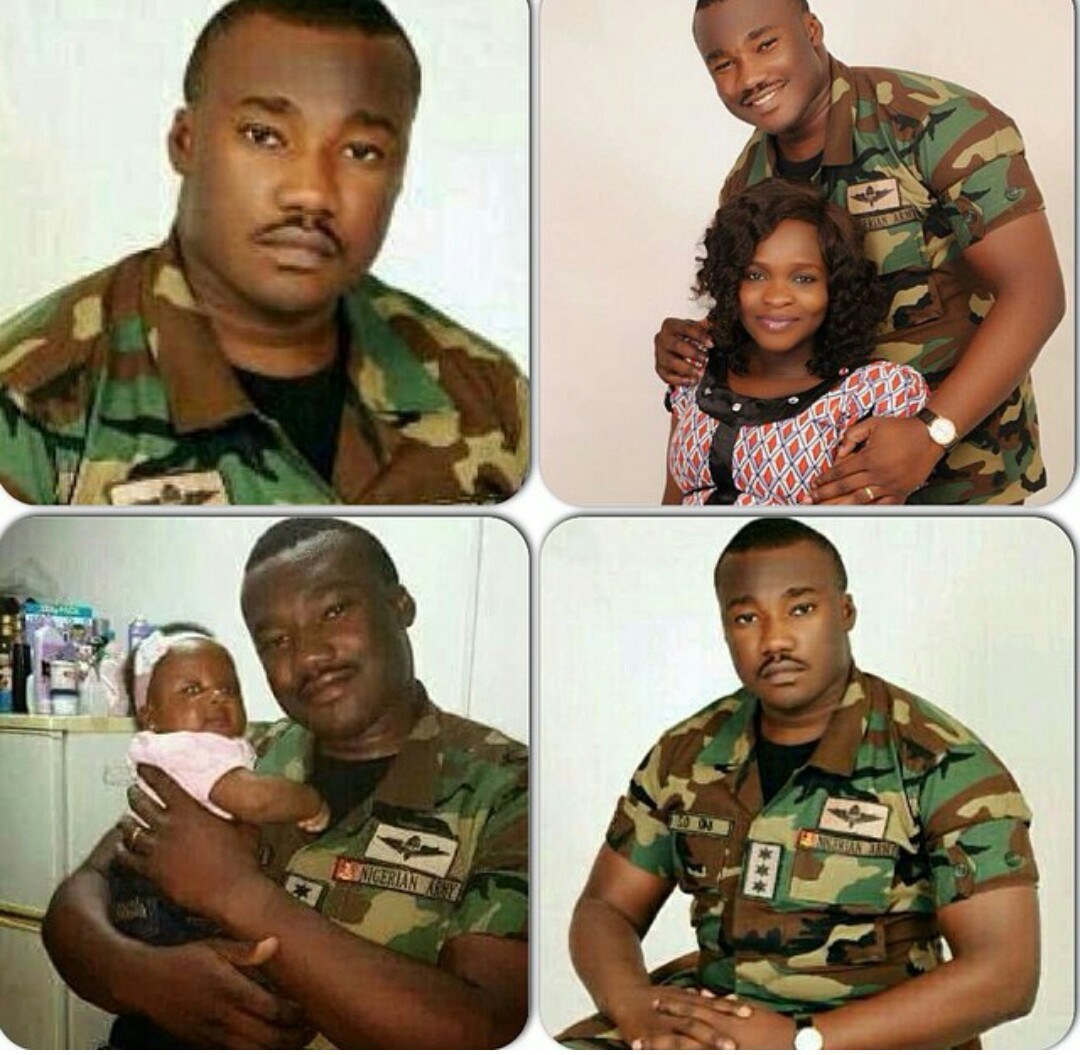 He was killed on Tuesday, the 13th of May, 2014. Boko Haram ambushed the late Oluwafemi with his troops around the Chibok area where they had gone to search for and rescue the abducted Chibok girls. Following his death, the news got to the military camp and reportedly led to a mutiny by some soldiers of the 7th Division of the Nigerian Army against the General Officer Commanding (GOC), Major-General Abubakar Mohammed who was then redeployed. Lt. Odushina Oluwafemi  was an old student of the Air Force Secondary School, Ikeja, Lagos State. He served with the United Nations Peace Keeping Forces in Darfur and later went to Pakistan for an additional training course. In March 2014, he was deployed to Maiduguri where he was killed defending the nation’s integrity.

He was killed on the 4th of August, 2014 while in the line of duty during an ambush by Boko Haram in Bama, Borno State. He married his bride in November 2013 and was posted to Borno in May 2014. Sule is survived by parents, siblings and his wife.

Ebosele was killed on Sunday, 3rd of August 2014 while fighting Boko Haram terrorists. He is survived by his wife, Mary, and three boys. 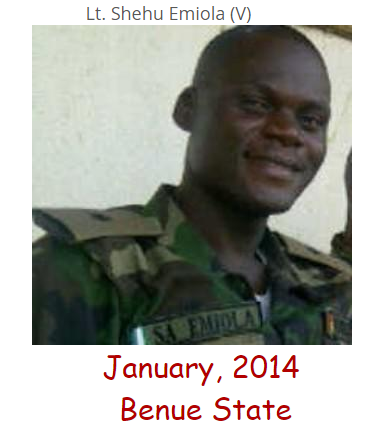 (Nigerian Air Force) DON’T WASTE MONEY! Check best PRICES of phones, fashion, computers & electronics before you shop on www.PricePadi.com Nwakile died in July 2014 when a Mi-35 helicopter of the Nigerian Air Force crashed in Bama, Borno State. The Nigerian military said the chopper was on a training mission. Nwakile was the only one who died in the crash while Flight Lieutenant NM Halilu, the co-pilot, and Warrant Officer Augustine Nwanonenyi, the aircraft technician, survived.

He was beheaded by Boko Haram after his aircraft crashed.  11. OBINNA IZUALA 23-year-old Obinna Izuala was killed in Borno on the 25th of September, 2014 during a shootout with Boko Haram in Konduga. Reportedly, no government official was present at his burial and he was not given a military burial with the full honours. He was a native of Ndiagbo in Enugu State. 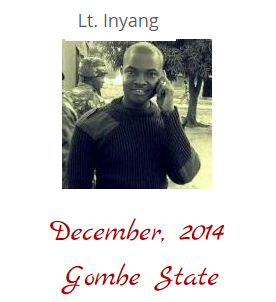 He was killed on the 9th of November, 2014 while he was retreating from a mission to combat Boko Haram. He reportedly graduated from the Nigerian Defence Academy in 2012 and was immediately deployed to the north to fight Boko Haram.

He was killed near Hong, Adamawa State by a suicide bomber in December 2014.

He was killed on Wednesday, 17th December, 2014 during a battle with Boko Haram in Adamawa. He had recently been posted to the battlefront and he announced to his friends that he was ready for whatever outcome.